Wow. An amazing example of why this country is headed in the wrong direction. 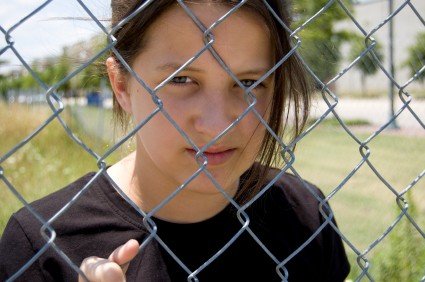 This past Friday, Barack Obama was at a Minneapolis-area Honeywell plant touting his economic recovery credentials to cheering disciples. One of the excited faithful was a young boy, fifth-grader Tyler Sullivan, who took the day off from school to hear the President speak.

The President was full of the usual bombast about how Congress needs to work with him to ‘build a strong economy’, and how he wants to get $3,000 to everyone in the American middle class so that people can go out and buy ‘thingamajigs’.

Naturally, the crowd cheered. It was the typical sort of gross misunderstanding of economic prosperity that you see from politicians… and most people at this point.

People these days think it’s a great idea when the government sprinkles money around the middle class, and love the idea of politicians ‘coming together’ to build a better economy.

In reality, when people hear talk about politicians ‘building an economy’ they should run away like a scalded dog.

Throughout history, a lot of other politicians have also tried building an economy– it’s called central planning, and it just doesn’t work.

From Diocletian’s failed ‘Edict on Prices’ in 301 AD in which the Roman emperor tried to fix wages and prices, to Stalin’s Soviet Union, to Mao’s China, to Mugabe’s Zimbabwe, the verdict is obvious: economic growth is better left to the private sector, not government.

The other important mischaracterization was this idea of the economy getting better from people spending money, in this case, the government sending everyone $3,000 to buy stuff.

Most people seem to think this is a good idea, even the ones who consider themselves to be educated about economics (having been brainwashed with deeply flawed Keynesian fluff).

Yet there was the country’s exalted leader energizing the crowd with talk of sending them free money to spend. And as I mentioned, one of them was fifth-grader Tyler Sullivan.

The President’s even shook Tyler’s hand, commenting that he would offer to write an excuse note to pardon the boy from skipping school: http://www.npr.org/2012/06/04/154271715/fifth-grader-skips-school-to-see-president-obama

On the exact opposite end of this spectrum is the case of 17-year old Diane Tran, a Houston area high school student who has had to take on two jobs in order to support herself and her siblings after her deadbeat parents divorced and skipped town.

Tran reportedly misses a few days of school per month so that she could hold down her jobs, yet somehow still found time to complete her schoolwork and make the honor roll.

She was arrested by local officials for truancy and hauled in front of the ‘Honorable’ Lanny Moriarty who threw the girl in jail so that he could show everyone that he’s ‘tough on truancy.’: http://www.khou.com/home/Honor-Student-Jailed-for-Absences-153847275.html

Tran has aspirations to become a physician someday, and she is despondent now that her new arrest record may tarnish her chances of being accepted to medical school.

For the sake of brevity, I’ll skip commenting on how worthless the government-managed education system has become, and simply point out the obvious dichotomy:

These examples are the most obvious signs yet that, like the tax and regulatory frameworks, those who mindlessly support the political process of debt and consumption are rewarded, while those who produce and save are punished.

Such is life now in the Land of the Free. Have you hit your breaking point yet?