You are safe in Colombia

I know what you’re thinking.

“Why the hell would he be in Colombia?”

I get that a lot.  The vast majority of the world only knows two things about Colombia– drugs and terrorism (though in all fairness, ‘one man’s freedom fighter…’)

People recall hearing about kidnappings, lawlessness, and of course that scene from Clear and Present Danger… that must be the reality in Colombia, right?

Wrong. To think that cartels and kidnappings dominate the political and social landscape of Colombia is like thinking that everyone from Texas rides horses and wears cowboy boots… or even worse, acts like George W. Bush.

The fact of the matter is that you have about the same chance of getting kidnapped in the United States.

Furthermore, similar to how the United States adopted a culture of security after 9/11 with its ridiculous color-coded alerts and nationalization of panty-screeners at airports, Colombia (and Bogota in particular) has adopted its own culture of security.

Police and military forces are present everywhere… it’s impossible to walk on the streets Bogota for more than 5 minutes without seeing uniformed personnel and one of the billboards that says “The police are here to protect you.”

Fortunately, though, in my several visits to Bogota over the last few years, I have yet to have a negative encounter with the cops.  Whether in wealthy neighborhoods like the Zona Rosa, or more squalid areas in the southern part of the city, I’ve never seen the police hassling anyone.  It’s a show of force.

To further this point, Colombia’s tourism board recently changed the national tourism slogan to “Colombia– The only risk is wanting to stay…” (this is much better than Panama’s slogan “it will never leave you” which sounds more like a case of herpes.)

I couldn’t agree more. Colombia is an absolutely intoxicating country– beautiful, culturally vibrant, and economically sound. In fact, the most severe impacts of the crisis have largely sidestepped the country, which has shown the same resilience as Poland’s economy. 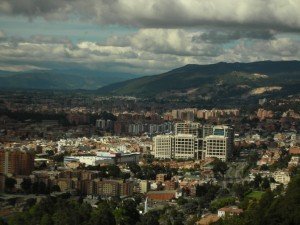 Bogota is a beautiful city

Here in Bogota, for example, the local newspapers are filled with help wanted ads for everything from medical transcriptionist to associate lawyer. Restaurants and shopping malls are not filled to capacity but still enjoying a steady flow of patrons.

There is also little sign of bubble carnage like closed shops, liquidation events, and an endless row of “FOR SALE” signs in front of properties.  In short, Colombia is appearing quite healthy relative to the rest of the world.

So would I live here? Absolutely. If you’re looking for a place that is off the beaten path, still undiscovered by the mainstream and quite close (3.5 hours) to the United States, I would strongly consider Colombia…

… but not Bogota. The capital city is nice enough, but unless you have to be in Bogota for a specific reason, the best city in Colombia in my opinion is Medellin.  In Medellin, the weather is… perfect. The people are extraordinarily friendly, the nightlife is spectacular, and the costs are very reasonable.

Bogota, in contrast, is slightly more expensive– I have posted a cost of living sample to the website for your review. But most of all, Bogota is a very difficult place to travel from. And for an international man, this is a big negative for me.

I would quite literally have to write you a sonnet to describe how inefficient the airport in Bogota is. The last time I was there it took me 2.5 hours from the time I arrived at the airport until I finally reached my gate. 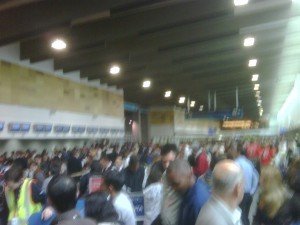 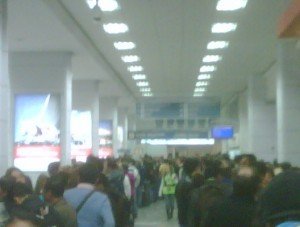 I have been to Bogota several times, and each time I hope the situation improves. It doesn’t.  Medellin is a much more pleasant experience– more on this in future letters. In the meantime, if you have any experiences living in or visiting Colombia, please feel free to share here.