Just a quick reminder: the Federal Reserve is almost insolvent. 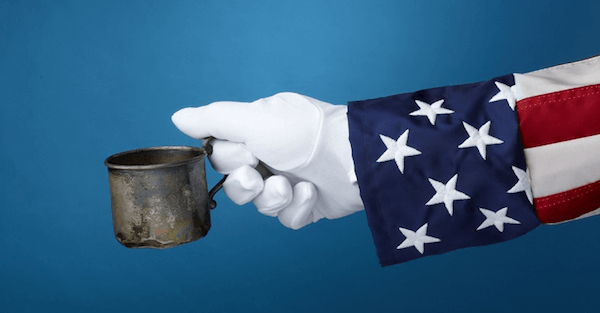 September 10, 2008 was one of the last “normal” days in the world of banking and finance.

That afternoon, the US Federal Reserve published its routine, weekly balance sheet report, indicating that the central bank had total assets worth around $925 billion.

Just a few days later, Lehman Brothers filed for bankruptcy, kicking off the most severe economic crisis since the Great Depression.

And almost immediately the Fed launched a series of unprecedented measures in a desperate attempt to contain the damage.

They called it “Quantitative Easing”, which was a fancy way of saying the Federal Reserve was printing money and giving it to the banks and US government.

When the commercial banks needed to sell their non-performing toxic assets, the Fed printed money to buy that garbage.

When the US government needed to borrow trillions of dollars to bail out failing companies, the Fed printed money and loaned it to Uncle Sam.

By January 2015, the size of the Fed’s balance sheet had more than quadrupled to $4.5 trillion.

It was an astonishing increase; the Fed had essentially conjured more than 3.5 trillion dollars out of thin air.

In exchange for all at printed money, the Fed had purchased a bunch of assets, including about $2.4 trillion worth of US government bonds.

This ranks the Fed as one of the top owners of US government debt, just behind the Social Security trust funds.

In fact the US government owes more money to the Federal Reserve than to China, Japan, and Saudi Arabia combined.

Now, remember that interest rates were at historic lows during the time that the Fed was buying up all that US government debt.

From the start of the financial crisis in September 2008 until the day the Fed’s balance sheet peaked in January 2015, the average yield on the 10-year US Treasury was about 2.6%.

This is where things quickly get out of control.

If you don’t know anything about bonds, there’s just one important principle to understand: as interest rates go up, bond prices go down.

Just like shares of Apple or Exxon, bonds are financial securities.

Think about it like this: let’s say you own a government bond that pays $25 per year in interest.

That works out to be a 2.5% annual return (not including maturity).

At the moment, investors are happy to receive 2.5% because that’s the current rate across most of the market.

But let’s say tomorrow the Federal Reserve jacks up interest rates to 10%.

Everything changes. Investors can now make 10% just holding money in a bank account.

The bond you own, however, still pays $25 per year. That hasn’t changed.

Investors can now get 10% elsewhere in the market.

So in order for your bond’s $25/year income stream to match the 10% return that a potential buyer can receive elsewhere, you’ll have to drop your price to just $250.

This is an extreme and simplistic example, but it paints the picture: when interest rates rise, bond prices fall.

So let’s go back to the Federal Reserve and its $2.4 trillion government bond portfolio.

The Fed recently raised interest rates. And they claim they’ll continue to raise rates for the next 1-2 years.

But as we discovered earlier, as the Fed raises rates, the value of their bonds will fall… and the Fed will suffer “unrealized losses”.

This is a gigantic problem because the Fed can’t afford to suffer any losses.

Since the start of the financial crisis, the Fed has whittled down its capital buffer to almost nothing– right around $40 billion.

This means that the Fed can only afford to lose $40 billion before going bust.

But considering the Fed has $2.4 trillion in government bonds, and $4.5 trillion in total assets, $40 billion is nothing– just 0.9% of the Fed’s total asset portfolio.

So if bond prices fall by just 0.9%, i.e. interest rates go up just slightly, the Fed will be insolvent.

This is already happening: as interest rates have risen, bond prices are starting to fall.

And based on the Fed’s own data, they’re already sitting on $14.2 billion in net unrealized losses.

So a big chunk of their tiny $40 billion capital buffer has already been wiped out.

As interest rates continue to rise, the rest of that $40 billion will vanish, at which point the Fed will be completely bankrupt.

And the US government, which itself is totally insolvent, won’t be in a position to bail them out.

Look, I’m an optimist. I think these are exciting times and that there’s a ton of incredible opportunity around the world.

But it would be seriously foolish to ignore the looming insolvency of the world’s most systematically important central bank.