The average American had a bigger savings account… in 1997! 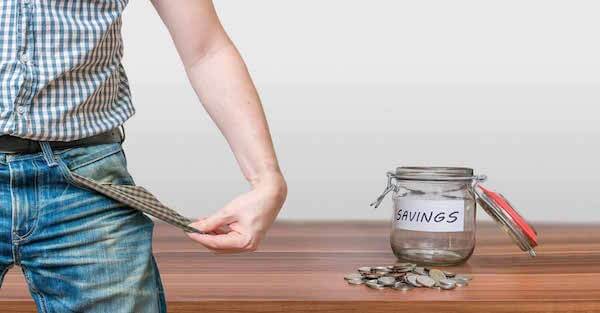 Quite literally as a I write these words to you, the heads of the world’s largest central banks are packing their bags and heading home after a three-day symposium in Jackson Hole, Wyoming.

But if people understood what was at stake, they’d probably pay more attention.

How much you pay for your mortgage. The price of your home. How cheap (or expensive) it is for a business to borrow money for expansion… which directly affects how many people they hire.

Their influence over rates helps determine how much interest the government pays each year on its debts, which ultimately impacts tax rates and other spending programs.

And whereas nearly every branch of government has some system of checks and balances to ensure no single body has too much authority, central banks aren’t technically part of the government…

… so their power is nearly entirely unchecked.

To be fair, I’m sure they’re all very nice people with good intentions.

Central bankers are not moustache-twirling villains plotting a takeover of the world.

But the decisions they make have serious implications over the lives of hundreds of millions of people.

Just like politics, every action they take has winners and losers.

And it’s easy to see who’s been winning over the last several years as a result of their policies.

If you own assets you’ve done extremely well.

Looking at the United States, for example, it seems quite strange that the stock market is near its ALL-TIME HIGH while the overall economy has been sluggish for years.

Annual GDP growth for the United States in 2016 was a measly 1.6%, a rate that barely keeps up with population.

And global GDP growth has been low for years.

This has had a significant impact on employment and wages.

Central bankers and politicians tout that the unemployment rate in the US is at a 10-year low.

And that sounds great.

But it’s easy to see a different picture when you look deeper at the numbers.

According to data from the US Labor Department, for example, the percentage of Americans in their prime work years (between the ages of 25 and 54) who actually have jobs is still WAY below the level prior to the 2008 Great Recession.

Wage growth has also been stagnant..

And people are once again unable to pay their debts.

We’ve all seen the stories about how little savings the average American has.

Well, I pulled the data myself, using Bank of America as a proxy.

Bank of America’s annual report from 2016 shows that the bank has $592 billion in consumer deposits from 46 million households.

And that amount includes EVERYTHING: savings, investments, retirement, etc.

What’s amazing is that, 20 years ago, Bank of America’s annual report showed the bank had $392 billion in deposits from 30 million households.

So 20 years later, Bank of America’s average customer has LESS MONEY. And that’s before adjusting for inflation.

A strong middle class has long been the hallmark of modern western civilization.

In fact, history shows that throughout many dominant empires, from ancient Rome to the British Empire, a robust middle class is essential to maintain a durable society.

Where the middle class is strong and growing, civilization flourishes.

And where the middle class fails, civilization turns over.