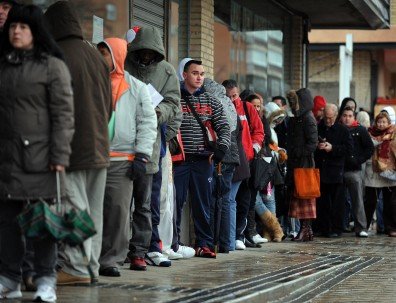 When President Obama first proposed his job stimulus bill, he predicted that by this time unemployment would be below 6% and the economy would make a significant recovery. That recovery is still a fantasy as for another month unemployment rose despite large numbers of people leaving the workforce all together. CNS News reports on the latest data from the Bureau of Labor statistics:

There were 195,000 fewer people employed in the United States in July than in June, according to the Bureau of Labor Statistics, as the national unemployment rate ticked up from 8.2 percent to 8.3 percent.

Meanwhile, 150,000 people simply dropped out of the labor force during the month and did not seek to find a job.