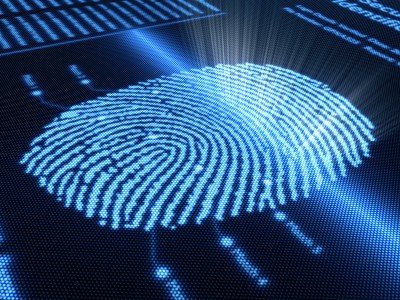 There has been a continuously growing movement to implement international identifications and a more centralized system of tracking people. Politicians have stated that measures like face-recognition databases and iris scans make the world a safer place. However recent studies on global policies in place, strongly invalidate the current effectiveness of these precautions. The Electronic Frontier Foundation reveals:

Biometric data of individuals’ faces has been used since 2007 at various European border checks. Eleven airports in the United Kingdom now have e-passport gates that scan EU travelers’ faces and compare them to measurements of their facial features (i.e. biometrics), stored on a chip in their biometric passports. Although error rates of state-of-the-art facial recognition technologies have been reduced over the past 20 years, these technologies still cannot identify individuals with complete accuracy. In an incident in 2011, the Manchester e-passport gates let through a couple that had mixed up their passports. The UK Border Agency subsequently disabled the Manchester gates and launched an investigation.

Similar e-passport gates have been introduced in Australia and New Zealand. During the early stages of testing in Australia, the technology showed a six to eight percent error rate. Moreover, this technology also misidentified two men who exchanged passports. Nevertheless, the government refused to disclose the final error rates, citing security concerns.

U.S. law requires visitors to submit biometrics to a central database in the form of a digital fingerprint when seeking a visa or when entering the country.EU law further requires all passports for 26 countries in the Schengen area (the borderless zone within European countries) to contain digital fingerprint data on a chip.

A German court recently asked the EU Court of Justice for a preliminary ruling on the legality of biometric passports with RFID chips, which are readable from a distance. The German court questioned whether the EU regulation that requires biometric passports in Europe is compatible with Charter of Fundamental Rights of the European Union and the European Convention of Human Rights.

In preparation for the UK’s national ID card scheme, the UK government noted that there was little research indicating the reliability of iris scan identification. The government initially relied upon unpublished and unverified results from an airport trial. There were concerns that “hard contact lenses,” “watery eyes and long eyelashes” could prevent accurate scanning. The government then asked the National Physical Laboratory (NPL) to test the technology. The NPL chief research scientist stated in the news that “technologies like iris scanning are accurate enough for the ID cards application but only provided they are implemented properly and one has appropriate fall-back processes to deal with exceptional cases.” But a study has shown that it is difficult to enroll disabled individuals into an iris database. The success of enrollment also significantly varies depending on race and age, suggesting further errors if the technology were implemented. Additional testing of iris scanners has been initiated by the U.S. Department of Homeland Security.