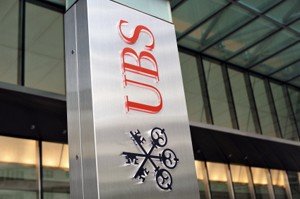 As a growing number of countries stand on the brink of bankruptcy, desperation sets in to acquire as much tax revenue as possible. In doing so, many countries are going after renowned tax havens and are destroying all the privacy of offshore banking. Swiss bank accounts were some of the most prestigeous in the word but now that they don’t provide their former security, many account holders are quickly withdrawing their assets. Bloomberg reports on the resulting decline of Swiss banks:

Swiss banks must lure affluent clients from emerging markets or face a “slow death” as the pursuit of tax dodgers by U.S. and European authorities results in outflows of assets, industry officals and investors said.

Western Europeans may pull as much as 135 billion francs ($139 billion), or 15 percent of their holdings, from Swiss banks, said Herbert Hensle of Cap Gemini SA. Bank Sarasin & Cie. AG reported last week that private clients withdrew 3 billion francs from Swiss locations in the year through June.

Switzerland built the world’s biggest offshore wealth center during an era of “black money” that ended when the U.S. sued UBS AG (UBSN) three years ago. Many of the highest fee-generating European and American customers are withdrawing funds as the hunt for tax evaders widens. As many as 100 Swiss banks will vanish, according to Vontobel Holding AG Chief Executive Officer Zeno Staub.

“It will not be a big bang, but an erosion as amnesty programs are put together and as clients declare themselves and come clean,” said Francois Reyl, chief executive officer of Geneva-based Reyl Group, which manages 5.5 billion francs of assets. “Those banks which don’t adapt will die a slow death.”

Some banks are already under pressure. EFG International AG, the Swiss bank controlled by billionaire Spiro Latsis, last month reported outflows from continental Europe in the first half, while net new money from private clients at Vontobel fell 86 percent to 100 million francs from a year earlier.