What the international community REALLY thinks about Obama 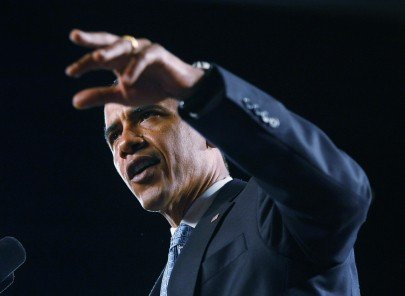 If you live in the US, it can often be difficult to get an outside perspective on how the international community views American policies and politicians. When Obama was first elected, many believed that his Presidency would lead to a more respected America within the international community. However, due to extremely hawkish tendencies and failure to follow through on promises, the President’s reputation has quickly diminished. The Asia Times reports on Obama’s image from a global perspective:

It is not surprising that after almost four of years of unrelenting obstructionism from Republicans on the domestic issues, the toll of the drawdown of the wars in Iraq and Afghanistan, and the great global economic recession, the approval of President Obama around the world has come down to earth, according to the latest poll by Pew Research.

Today, people have a more realistic view of his powers in office, and a better understanding of the formidable powers of persuasion he possesses as a leader.

Muslim populations have become predictably more critical of him, rooted in clear disillusionment with his policies. An unclenched hand of friendship with the Muslim world is now perceived as an unmanned drone that threatens to kill them.

Obama’s image has also suffered in China, where confidence in the US president has declined by 24 percentage points, while the approval of his policies has dropped by 30 points.

While many at home fear US economic decline, overseas people continue to worry about the role of US military under the Obama administration. Despite the real changes the administration has brought to the country’s image abroad, “there remains a widespread perception that the US acts unilaterally and does not consider the interests of other countries”, according to the Pew report.

In Muslim nations, anti-terrorism efforts are seen as nefarious and overreaching. There is nearly unanimous opposition to the way the Obama administration has executed its anti-terrorism policy using the drone strikes. Pew Research reports that in 17 of 20 countries, a majority disapprove of US drones targeting extremist groups in Pakistan, Yemen and Somalia.

While Americans at home approve of the drone strikes – Republicans overwhelmingly (74%), as do a majority of independents (60%) and Democrats (58%) – the view on the Muslim street and generally around the world is that they are an overextension of US power.

In general, publics around the world are turned off by politics in the US and have shown a decreased interest in the 2012 election.