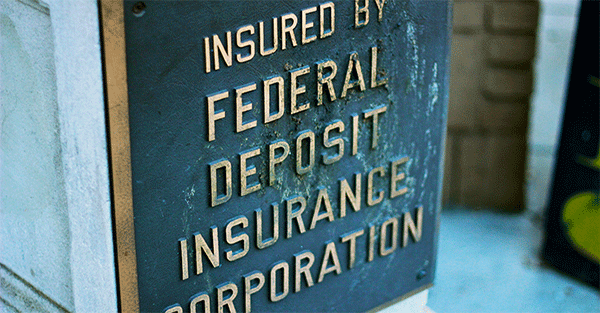 We have entered a most bizarre and unprecedented age in the financial system where there’s risk in just about everything that we do.

Indiscriminately investing in stocks at their all-time highs carries enormous risk, and financial history is unkind to people who fail to learn that lesson.

To buy bonds, on the other hand, means loaning money to insolvent governments at rates that are either below inflation or even outright negative.

Real estate markets in many parts of the world are right back at the frothy highs they experienced prior to the last financial crisis.

And if Pablo Picasso is any indicator, even an asset class like fine art is booming at all-time highs.

The normal approach in an era of so much financial risk would be to do nothing; gather your capital, sit on the sidelines, and wait for a crash.

Most banks in the West are extremely illiquid, and are in many cases insolvent. But few people ever give thought to the financial condition of their bank.

In the United States, for example, people are indoctrinated almost from birth that banks are safe and somehow infallible.

Banks inter themselves in the most expensive locations with ornate lobbies and cornerstones that proudly inform the world they are backed by the full faith and credit of the United States government.

But that barely counts given that the US government is itself insolvent with a negative equity of minus $17.7 trillion according to their own financial statements.

Then there’s the FDIC, which insures deposits in the US banking system.

In its 2014 annual report the FDIC itself points out that its whole insurance fund constitutes just a fraction of a percent of all deposits in the system, and that its ‘reserve ratio’ is just 1.01%.

With a reserve so low, the FDIC not only lacks any meaningful teeth to insure the system, but it actually fails to meet the minimum level that is required by law.

Perhaps even more important, the FDIC doesn’t expect to meet this statutory minimum until at least 2020.

To me this begs an obvious question. Do we really have another 5+ years before there’s another major crisis in the US banking system?

Most US banks today are just as illiquid as they were before the crisis, holding just a tiny portion of deposits in reserve and gambling away the rest.

And the most popular place that they invest their customers’ deposits today is exactly the same as in 2008: mortgage-backed securities.

Curiously, the FDIC’s reserves today are actually far lower than they were prior to the crisis.

So essentially the FDIC is on the hook to pay more than twice as much money to depositors. Yet it has a lower reserve to support an even larger system that is up to the same precarious practices as before.

But don’t take my word for it.

In a recent announcement, the FDIC tells us how banks have grown far larger and even more complex since 2008, and that “[s]uch trends have not only continued, they accelerated as a result of the crisis.”

The FDIC goes on to suggest that its current tools and business model are “not sufficient to mitigate the complexities of large institution failures.”

That’s why the FDIC is “seeking comment on what additional regulatory action should be taken. . .”

In other words, they’re asking the public for suggestions about how to handle a major US bank failure. Hardly encouraging.

Bottom line– your bank is potentially in the same boat it was in 2008. The FDIC is worse off. And the federal government is totally insolvent.

These are not risks you should assume away. Give great care to the decision of where you hold your savings.

There’s an entire laundry list of offshore banks that are in great financial condition and located in strong, stable foreign countries.

It’s hard to imagine that you’ll be worse off for holding a portion of your savings in a country with no debt at a healthy bank that’s 5x more capitalized and 10x more liquid than where you currently bank.