Presenting the most pitifully capitalized central bank in the West [Hint: It’s NOT the Fed] 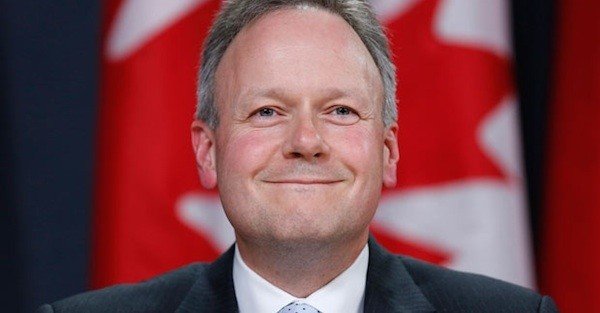 As the world’s top central bankers gathered at their annual jamboree recently, the governor of Bank of Canada, Stephen Poloz, undoubtedly received envious comments from his fellow money magicians for Canada’s perceived status as a global financial safe haven.

This newly found perception was perhaps best exemplified during a Bloomberg interview, when the CEO of RBC Wealth Management – the biggest financial institution in Canada said that “Canada is what Switzerland was 20 years ago, and the banks in Canada are what Swiss banks were 20 years ago.”

This is the new flavor of Kool-Aid. Canada is seen as the new banking safe haven and an “island of safety and stability” because of its perceived sound fiscal position, commodity wealth and solid economic performance.

Now, anytime I see central bankers slapping each other on the back, I’m going to be skeptical. But here at Sovereign Man, our conclusions are all data driven… so we dove into the numbers.

Any strong, healthy banking system requires a central bank with a pristine balance sheet… specifically, substantial net equity as a percentage of assets.

So how strong is the balance sheet for Banque du Canada? Not very.

As it turns out, Banque du Canada is actually the most pitifully capitalized central bank in the western world. They’re in such bad shape they actually make the Fed look healthy.

Hong Kong’s Monetary Authority Exchange Fund is a good example of a strong balance sheet; their latest figures as of 30 June show a whopping capital reserve equal to nearly 22% of total assets.

This is a massive margin of safety for the central bank.

The US Federal Reserve, on the other hand, shows a capital reserve of just 1.27%. And Canada? A tiny 0.47%… as in less than one half of one percent.

This isn’t safety and stability. It’s a rounding error.

Moreover, Canada also has ZERO reserve requirements for its banks; this means that Canadian banks are not obliged to hold any of their customers’ deposits.

So yes, it’s legally permissible for a Canadian bank to loan out 100% of its customers’ funds.

Not to worry, though. The Canadian Deposit Insurance Corporation (CDIC) is standing by to insure bank deposits up to $100,000.

But when you look at it closely, there isn’t much there for depositors at all. There’s roughly $646 billion of eligible deposits in the Canadian banking system. Yet the CDIC only has $2.8 billion in cash available to insure it all… a ratio of just 0.43%.

Even more troubling is that Canada has legislated an actual Cyprus-style confiscation of deposits in the event that Canadian banks deplete their capital.

Buried deep into the government’s Economic Action Plan 2013 is a provision that would implement a “bail-in” regime for “systemically important banks”.

This would legally allow the banks to tap into customer deposits if the banks get into trouble… something I don’t find particularly safe.

Last, the Canada myth really starts to become apparent when you look at the country’s gold reserves.

At the beginning of this century Canada held 46.19 tonnes of gold. Now they hold only 2.99 tonnes. That’s a whopping 93.5% decline in gold reserves in just over a decade!

In other words, Canada’s monetary leadership has made a conscious decision to reject real assets in favor of paper assets that can be conjured out of thin air.

They’ve managed to run their central bank into borderline insolvency.

It’s important to look at facts and not rely on sentiment.

To anyone who rationally looks at the data, the obvious conclusion is that Canada is certainly NOT the safe-haven it’s been built up to be.