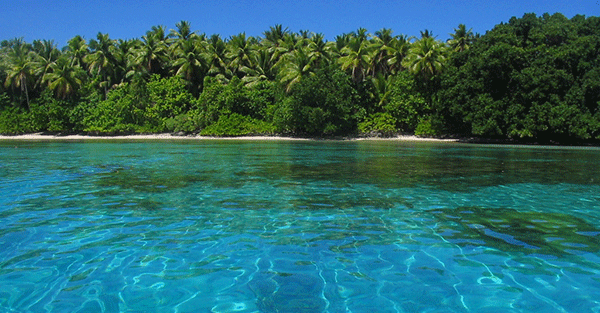 Jim Morrison used to sing: “No one here gets out alive”. And while few people really expect to die, it happens to all of us.

Given the inevitability, it’s always a good idea to have a plan for what’s going to happen afterwards.

Besides, not adequately preparing for what happens to your assets after your death can unintentionally leave your heirs in a difficult situation.

Despite governments taxing you all throughout your life on your income, property, and investment returns, they don’t stop there.

Even (or especially) in death, governments continue to plunder. Estate and inheritance taxes around the world can be absolutely breathtaking.

The real problem lies in the difference between how the assets are passed vs. how they are taxed.

Here’s a common example: you pass away having owned a property worth $1 million.

Depending on where you lived (and died), your children could inherit the property and be stuck with a tax bill even though they didn’t actually inherit any money.

This would put them in a very difficult situation where they would need to liquidate the family property in a fire sale just to be able to pay the inheritance tax.

In other cases, depending on where you live (and die), some governments mandate precisely HOW your assets can be allocated.

It’s called ‘forced heirship’. And it means the state gets to decide that X% of your assets go to your spouse, Y% to your children, etc.

Essentially you lose the discretion to decide where you want your own assets to go after you pass on. It’s unbelievable.

There are certain states (Louisiana) and countries (France) where forced heirship is the rule.

Between this and the actual taxes themselves, the consequences of leaving these loose ends untied are rather significant.

All it takes to mitigate the risk is a bit of advanced planning. Because for every bonehead tax and law, there’s a solution to get around it.

In the Land of the Free, domestic trusts are common estate planning tools that are used to avoid estate taxes and take control of what gets passed on.

In France, a structure like an SCI (Societe Civile Immobiliere) can be used to avoid estate tax, as can the new Brussels IV rules when they come into force this August.

These are all completely legal solutions, and there are really a lot of options.

What’s critical is to remember to update your estate plan if you move.

These laws vary dramatically from place to place. So an estate plan that works well in Texas might not work as well in California.

This goes double if you move abroad.

Whatever steps you took to safeguard your estate in British Colombia won’t amount to much if you retire and live out your days in South America (where most countries have forced heirship laws).

One way of getting around these rules is by holding your assets in a foreign trust. This can be expensive to set up, however.

(Premium Members— remember that you received a free Offshore Trust Kit with your Sovereign Confidential membership, which can save you thousands of dollars in setting up this asset protection structure.)

But perhaps a cheaper, easier alternative is to hold your assets in a foreign company registered outside of the jurisdiction where you’re living.

Specifically, choose a jurisdiction that does not have a public record of the shareholders (such as Nevis or the Marshall Islands).

For example, if you live in Chile, you can own assets and property through a Marshall Islands company.

The government of Chile has no earthly idea who owns the Marshall Islands company.

And in the event of your death, they would have no idea who the owner of the foreign company is.

So even after your death, the actual owner of the property (the company) doesn’t change. This way there’s no estate tax triggered on local assets, and it keeps governments away from meddling in your private affairs.