This is the only vote that counts 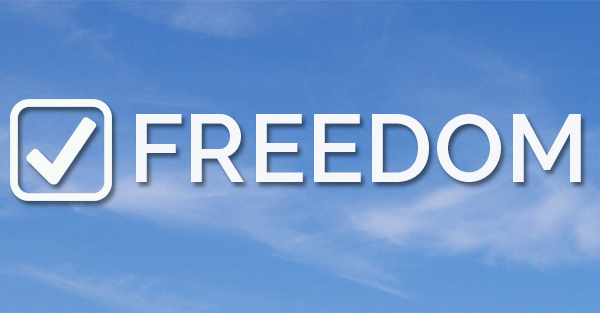 What’s the biggest lure of elections? That people have the ability to change things by voting someone else in power. At least in theory.

I try not to get too caught up in US politics these days, because that’s one of my favorite parts about going international—I don’t have to get sucked into it all on a regular basis.

US politics tends to affect you wherever you go, so more often than I’d like to I do end up check in on what’s happening.

If you’ve been following the election, I’m sure you know that the Republicans won a majority of the Senate and Obama responded by saying, “I hear you”, but now I’m just going to use Executive Orders to get things done.

That seems a bit anti-climactic wouldn’t you say? All that time and money spent campaigning, all those people interrupting their normal days to go vote—just to be in the same situation as before? For ‘change’ to be hollow?

People in Hong Kong have been asking themselves: is it democracy if the Chinese Communist Party chooses all the candidates?

Along the same lines, in the US when the opposition party takes control of the legislature and the president responds by saying that’s nice, but I’m going to go ahead with whatever I want to do anyway—is that democracy?

To me, this is the kind of thing you’d expect in a volatile third-world country that is pretending to be a democracy in order to receive international support.

It’s not real. Putting your vote in there doesn’t make a difference.

In fact, more than that, voting for politicians demonstrates that you accept the system. You might have your gripes with it, but you still have faith that it is fair and that it works.

It’s like coming home every night to an abusive spouse. You can say, it’s a good system at heart. I can make it change.

But in reality, that’s not going to happen. And by sticking around, you will just go down with it.

It doesn’t matter. The new guy just turns into the last guy. Because the whole system is broken.

As we said earlier this week, the US government debt has increased from $2.8 trillion to $18 trillion in 25 years. The Federal Reserve’s balance sheet has expanded from $285 billion to $4.5 trillion in the same time.

The US is borrowing money just to pay interest on the money it has already borrowed. This is the point of no return. It is arithmetically impossible for the US to ever repay its gigantic debt, since it just keeps adding on to it year after year.

To even start considering it, the US would first have to live within its means by balancing the budget—which would mean eliminating expenses for the military, Social Security and Medicare, which already consume more than 100% of the government’s tax revenue.

Of course, no politician is ever going to do that. So it really doesn’t matter who is in power.

Therefore a far more powerful way to vote is with your life actions.

Vote with your money by trading your dollars for productive assets, land, and precious metals. By doing that, you’re consciously deciding not to be involved in this corrupt debt-based system.

An even larger vote is by deciding to leave. By voting with your feet.

Opting out means that you no longer endorse the system, and that you are establishing your preferences by selecting one that is better. One that treats its citizens better and has more to offer you.

Demonstrating your opinion through your actions is far more powerful than expressing it on a piece of paper.

Is a single vote enough to make a difference?

In the electoral system definitely not. You’ve seen that yourself just this past week.

However, when it comes to voting with your money and your feet by leaving the country, you definitely can make a difference—first of all for yourself.

At once, you can gain greater freedom, richer experiences, and multitudes of opportunity. A better life and positive change? That’s what the point of voting is, isn’t it?