077: The reason why ICOs have been going through the roof… 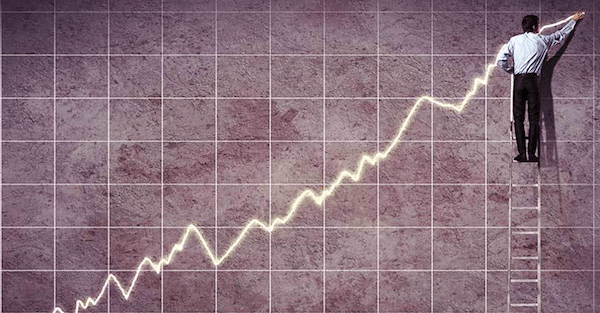 First it was Pets.com, and all the unbelievably stupid Internet businesses in the 1990s.

Investors were so eager to buy dot-com stocks, all you had to do was put an “e” in front of your business or product and you’d immediately be worth millions.

It didn’t matter that most of these companies didn’t make any money. Investors kept buying.

The epicenter of the junior mining industry is in Vancouver, Canada, and the stock exchange there (TSX-V) throttled to record highs.

Shares of companies with literally no profits, no revenue, and no assets were worth tens of millions of dollars.

Then that bubble burst.

The market has been flooded with companies (many of them curiously based in Canada’s poor climate and high cost structure) with plans to grow medicinal marijuana.

Their stock prices have soared, with valuations in some cases exceeding $1 billion.

Every time the bubble bursts with these big trends, most of the companies get wiped out.

Only a handful survive– primarily the ones who focused on building long-term, sustainable businesses instead of chasing a quick buck.

From the ashes of the dot-com bubble, companies like Amazon, Godaddy, eBay, etc. emerged in-tact and are still successful today.

Similarly, while many junior mining companies went completely bust, a handful are still operating and quite profitable.

And there will be a few extremely successful cannabis companies over the next several years who step over the remains of their innumerable, defunct competitors.

Like the dot-com bubble in the 90s, you could add the concept of blockchain to just about anything and have a ‘business’ worth millions, no matter how idiotic the original idea.

(Someone will soon pitch me an idea for an app to publish grocery lists into the blockchain. It’s absurd.)

And like all the other big investment fads in the past, most of the companies in this space won’t exist a few years from now.

There are lot of reasons for that, starting with the fact that building a business is hard.

I’ve done it successfully a few times. And unsuccessfully more times that I care to remember: it’s incredibly difficult, so the odds are against most of these companies anyhow.

But more importantly, these big investment fads always attract people looking to make a quick buck. And that doesn’t work in the long-run.

Just prior to that, the company closed a private placement at 30 cents… and a few months ago the company was selling shares between 1 and 3 cents.

In other words, a handful of speculators made more than 600x their money in just a few months with a company that has ZERO revenue, simply because ‘Blockchain’ is so popular right now.

This has become the norm in the world of crypto and blockchain.

ICOs, another hot crypto fad, have been racking up huge returns of their own.

‘Tokens’ issued by crypto startups that have no profit or revenue are seeing similar gains of 2x to 10x or more in a very short period of time.

In the case of HIVE, the company is in the business of mining cryptocurrency.

And based on its current stock price, HIVE is worth close to $400 million.

Yet its own financial statements report that they have not generated a penny in revenue.

What’s more, the company’s “illustrative results” show that they -could- make around $7 million per year.

So investors are already paying 57x that amount before the company even gets started.

Even more curious, HIVE’s only real asset is its client relationship with a company called Genesis, one of the largest crypto mining companies in the world (and also a major shareholder in HIVE).

Genesis has more than a million customers who pay an up-front, flat-fee to have the company mine cryptocurrency on their behalf.

HIVE is now essentially a customer of Genesis.

So investors are essentially buying shares of HIVE at a price that’s 57x what the company says it -could- be making (but isn’t) by having Genesis mine cryptocurrency for them.

Seems like investors could save themselves the trouble (and forgo the 57x share price markup) by simply becoming direct customers of Genesis themselves.

Who knows… maybe HIVE is the real deal. Maybe it’s the rare eBay or Amazon that emerges from the bubble in-tact and successful.

But this is a pretty clear example of the irrationality that ensues every single time there’s some white-hot investment fad.

After a hiatus of many, many, many moons, I blew the dust off my microphone and recorded a new podcast about this topic.

It wasn’t so much a podcast as a heated rant against this ridiculous bubble… and a clear explanation of precisely WHY so many crypto assets are generating unbelievable returns.