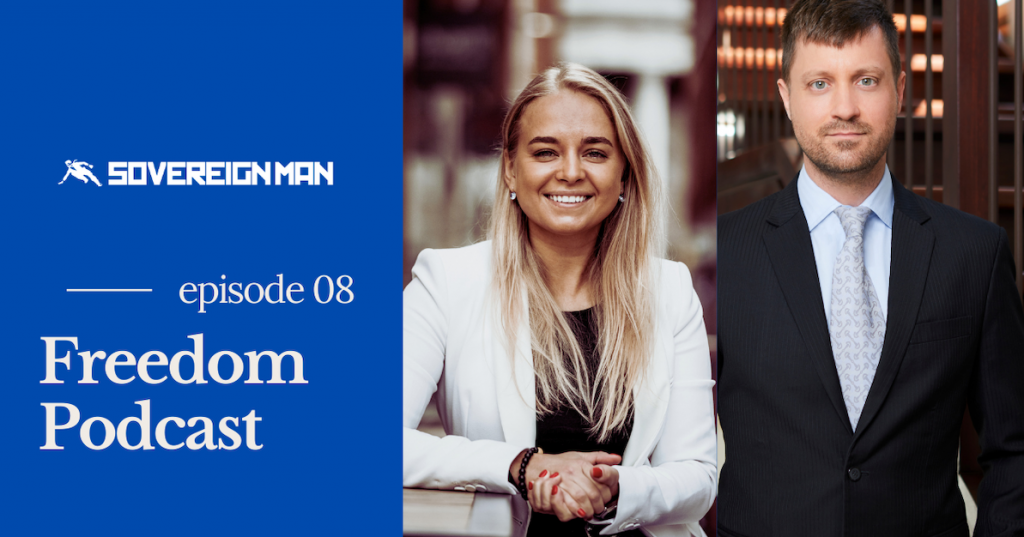 Think back to where you were two years ago today.

For me, I was in Trakai, Lithuania. It was Day 4 of our 10th annual Sovereign Academy entrepreneurship camp.

My dear friends Bill and Marco were giving a joint lecture to the students on hiring, firing, and building culture within a business. Craig Ballantyne was up next with a talk about Instagram marketing. And I was going to finish up the afternoon with a presentation on sales and negotiation.

Maybe you were on holiday. Or, since August 4, 2019 was a Sunday, perhaps you were spending a relaxing weekend with family and friends.

A few months from now, a novel Coronavirus will spread around the world. The virus will definitely be a problem, and a LOT of people will needlessly die.

Yet government data will eventually show the virus to have a 98.3% survival rate… and a survival rate of more than 99.8% for people under the age of 75 who aren’t morbidly obese.

Despite this data, however, the virus will be treated as the worst thing in the history of the world by politicians, the media, and unelected public health officials.

They will wage a crusade to eradicate the world of this virus, no matter the cost. They will systematically dismantle the core pillars of modern society, from private property rights to individual liberty.

Some of the most advanced representative democracies in the world, like Australia, will literally deploy the military to the streets in order to keep people locked in their homes… essentially at gunpoint.

And governments will indebt themselves by tens of trillions of dollars, going so far as to pay people to stay at home and NOT work.

Politicians will assume unlimited spending authority and use the pandemic as an excuse for every entitlement pet project they’ve ever conceived.

Meanwhile, the scientific community will lose all objectivity. They’ll claim, for example, that protesters against racial injustice are exempt from following public health lockdowns because of their moral righteousness.

Yet simultaneously they’ll say that people protesting against public health lockdowns are a danger to society.

Pharmaceuticals companies will be given total immunity from prosecution and liability to develop a host of vaccines to combat the spread of the virus.

The initial clinical trial data will show significant promise in keeping people safe from severe infection. However long-term studies, by definition, will not exist for a number of years.

Despite these limitations, world governments will push these vaccines on the global population. Some will make vaccination mandatory; others will subjugate the unvaccinated population and take away their most basic freedoms until they submit.

Personal choice will no longer be an option. Anyone who hesitates or dares ask a question will be ridiculed as a selfish murder by social media. And the Big Tech companies will squash intellectual dissent.

Even prize-winning, highly respected scientists will be censored for expressing views that don’t conform to the official narrative.

And then, after nearly 18 months, just when you think the pandemic is over, a new variant will emerge… and public health officials will go right back to the same policies all over again.

If someone had said this to you two years ago, you might have thought they were completely delusional.

And yet, all of it has happened.

It’s been a long time since I’ve written about this topic.  That’s partly because of my wishful thinking that the worst had subsided.

But to be perfectly honest, I’ve also steered clear of the topic lately because I didn’t feel like being canceled by Big Tech.

(It turns out that trying to appease Big Tech is a dumb idea; YouTube temporarily suspended our account for a few days last week, proving that there’s no point in walking on eggshells.)

Moreover, in light of this week’s events, including New York City’s Mayor Comrade Bill de Blasio mandating vaccine passports across the city, and New York State’s sexual-harrassor-in-chief Andrew Cuomo ‘strongly encouraging’ the same, I decided it wasn’t a topic I could continue to ignore.

So this is what our podcast is about today– 2020 called, it wants its chaotic public health policy back.

Let me be clear: this isn’t a rant about vaccines, or masks, or lockdowns, or even government overreach. Nor am I trying to downplay the pandemic.

My key point today is that public health officials started from a premise that Covid is the WORST thing in the history of the world and must be eradicated, no matter the cost.

Now, in the private sector, responsible managers routinely look at the right metrics to determine if they’re on the right track, if their strategy is working, and if the benefits justify the costs.

But that hasn’t happened here.

So my goal today is to have an objective, dispassionate, data-driven discussion to examine whether the fundamental ‘Covid premise’ is valid, and whether the benefits justify the costs.

We didn’t post this to YouTube for obvious reasons. But you can listen to it here below.

Oh, and a special note to the fact-checkers on all the Big Tech censorship committees: ALL of the data I cite in this podcast is pulled directly from the CDC website. Feel free to follow along.