076: Despite the new ‘plan’, this is -still- a no-brainer tax strategy 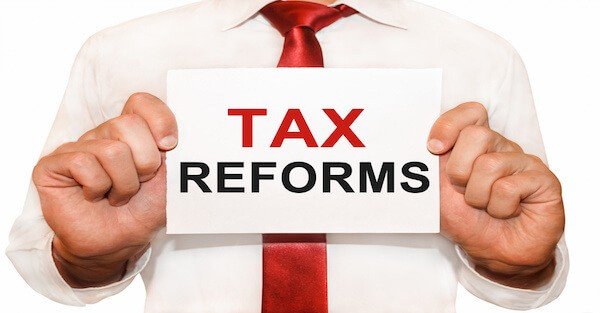 Podcast Episode #76
Despite the new ‘plan’, this is -still- a no-brainer tax strategy

Yesterday I recorded a new podcast with my US-based tax attorney to talk about the Trump administration’s new tax plan… or as I like to call it, the plan to have a plan.

Clearly they’re trying to do something positive and significant.

But to say that their strategy is light on details at just a single page would be a massive understatement.

Rather than rehash and recap what has already been covered in the media, my attorney and I dove into some of the more important issues: what’s NOT in the plan, what are the major details to sort out, and what’s SAFE?

Personally, I’m extremely skeptical of major tax reform… though I’d be happy to be proven wrong.

As I’ve written a number of times, the last time the tax code was updated was 1986.

Tech-savvy consumers were still using 5 ¼ inch floppy disks. Many of our readers hadn’t even been born yet.

The 1986 tax code was perfectly reasonable for an industrialized economy dominated by large companies like General Motors.

Today, technology makes it possible for companies to generate income across the world through products and services that are entirely digital.

Yet today’s companies are still forced to use the same hopelessly outdated tax code.

It’s such an embarrassing anachronism, it would be like the US government using those 1980s era 5 ¼ inch floppy disks to run its nuclear program.

The reason I’m skeptical, though, is that each and every line item in the tax code has a certain group of beneficiaries that’s willing to fight tooth and nail to keep it.

There are people who benefit from all the deductions that the administration wants to eliminate. There are even people who will fight to keep the widely-hated Alternative Minimum Tax and Estate Tax.

And the larger problem, of course, is that millions of taxpayers and businesses have made plans and structured their affairs in a way to conform to the current tax code.

Pulling the tablecloth out from underneath them and suddenly changing the rules could end up causing some serious blowback.

So it’s enormously difficult to please a firm majority. And even if they manage to pull this off, they’ll still be accused of not being ‘revenue neutral.’

This is the part I find to be completely absurd.

The tax code is going to affect hundreds of millions of people and businesses in the largest, most complex economy in the world.

Economist cannot possibly predict with any accuracy how a radical overhaul of the tax code is going to impact the US government’s tax revenue ten years from now.

Nevertheless, this is going to be one of the primary arguments against the plan.

One of the points my attorney and I discussed is what will remain safe, i.e. what they’re NOT going to touch.

Retirement accounts are CLEARLY in that category.

If you have an IRA or 401(k), that’s not going to be touched. It would be politically disastrous for everyone.

This means that establishing a robust retirement structure like a self-directed SEP IRA, or a solo(k), is still a fantastic option, regardless of what they do with the rest of the code.

With a self-directed SEP IRA, for example, you create a new retirement plan with a contribution limit that increases from $5,500 to as much as $54,000 per year.

That’s almost 10-fold. Plus the contributions are tax-deductible, meaning you can aggressively (and LEGALLY) reduce the amount of income tax that you owe.

Meanwhile, the idea of a self-directed IRA structure is that your retirement plan owns precisely ONE asset: an LLC.

You (or your spouse, parent, financial advisor, etc.) become the MANAGER of the LLC, which essentially gives you far greater discretion in how your retirement funds are invested.

Rather than be stuck in an overpriced stock market, for example, your self-directed IRA plan can own income-producing real estate, farmland, private businesses, cryptocurrency, secured debt, etc.

Under the current tax code there are a number of restrictions that are known as “prohibited transactions”. Those are probably here to stay.

You cannot use your IRA funds, for example, to invest in your own business, pay yourself any fees or compensation, buy/sell property that you personally own, or that is owned by immediate family members.

That’s why it makes sense to talk this over with a professional. But the benefits are absolutely worth having that discussion.

For now, I invite you to listen in to our conversation about the tax code, i.e. the plan to have a plan. It’s available here.

Podcast Episode #76
Despite the new ‘plan’, this is -still- a no-brainer tax strategy