097: Europe… what could possibly go wrong? 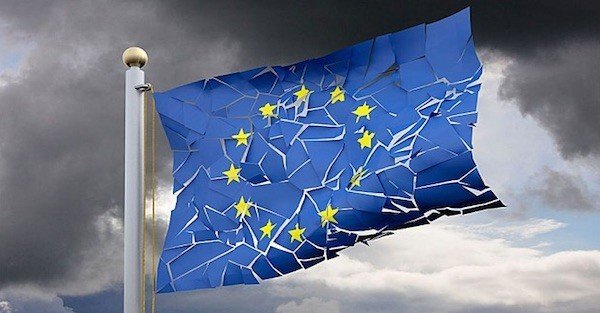 It’s been a hell of a week here in the Italian countryside. I’ve been treating my team and some friends to a sort of mini-vacation at a 400-year old wine and olive estate that we’ve taken over.

The views, the food, the wine, the company… it’s all incredible. Each night about two dozen of us dine outside under a canopy of grape vines, and the conversations are so stimulating that the dinners often last for 7 or 8 hours.

Being in Italy, though, it’s hard to not notice the obvious deterioration of this beautiful country.

Italy was the world’s superpower TWO times in its history– first during the time of the ancient Romans, and second during the early Renaissance when city-states like Venice and Florence became the dominant economies of Europe.

Each time they screwed it up.

It doesn’t matter how strong your country or empire is. If enough time goes by with those destructive forces at play, the country weakens and loses its power. It’s inevitable.

No country in history has ever been able to indefinitely indebt itself, overspend, wage endless wars, etc. without consequence. And it would be foolish to think that this time is any different.

We’re seeing precisely those trends all over the world today, especially in the west.

And to boot, at least here in Europe, nearly the entire continent is suffering from multiple crises at the same time.

Place like Italy, Greece, etc. are dealing with the constant threat of their looming debt crisis.

But they also have failing banking systems with the need for constant bailouts.

They’re dealing with a fertility crisis and shrinking populations. Frequent political crisis (as we saw here in Italy just a few months ago). Pension crisis. Immigration and refugee crisis.

There are a few bright spots on the continent. But I think Europe is in pretty bad shape for the long-term.

We cover this in today’s podcast… and speaking of crisis, we manage to work in some discussion about Elon Musk’s latest drama, plus round out the podcast with a quick summary of this year’s amazing entrepreneurship camp that we just finished last week.