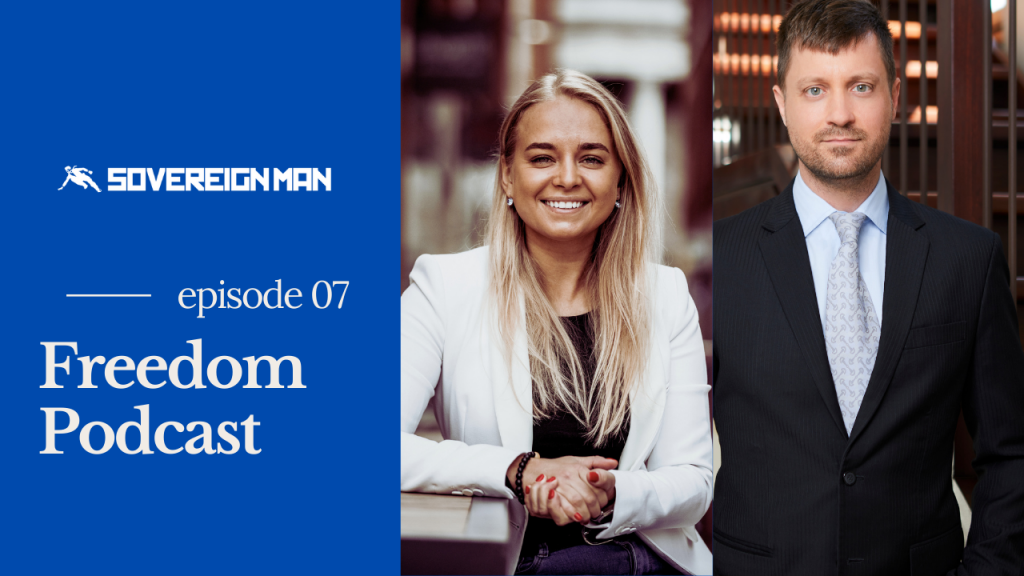 By the summer of 1849, Karl Marx was still an obscure writer struggling to make an impact.

He had published The Communist Manifesto— a short, 23-page pamphlet– the previous year in 1848. But as yet it had failed to catch on.

Marx was operating a fledgling newspaper in Germany at the time. But he kept getting in trouble with the German tax authorities for failure to pay taxes.

(This taxation double-standard still exists today. Marxists LOVE high taxes… but only if they’re not the ones paying.)

That’s why Marx was forced to leave Germany (technically Prussia) in 1849– after having also been previously expelled from France and Belgium too.

Marx infuriated the local authorities so much, in fact, that he was also denied Prussian citizenship. This made him officially stateless.

And in an ironic twist of fate, Marx ended up in Great Britain– the wealthiest country in the world at the time, and the birthplace of modern capitalism.

The reason was simple: Britain had few barriers to entry for immigrants– something that was quite rare in the 19th century.

Thousands upon thousands of refugees, exiles, and radicals immigrated to London as a result. Marx was among them.

Yet the fact that he had benefited from the laissez-faire policies of this free market society did not change Marx’s views on capitalism. He still hated the system and blamed it for everything that went wrong.

Marx and his family lived in abject poverty in their earliest years in London. He constantly had debt collectors knocking on his door, and landlords routinely evicted him from his home.

Of course, people don’t realize the real cause of Marx’s financial troubles was that he almost never had job. He thought it was degrading to work so that someone else could profit from your labor. So he simply refused to work.

Marx subjected his family to live in filthy, squalid conditions, and his children often went without food. In fact only three of his seven children even survived to adulthood.

Yet Marx still refused to work. And he continued to whine that capitalism was the source of his economic hardship; not once did Marx turn the lens onto his own fanaticism as the root cause of his poverty.

This is also ironic, because modern day socialist and communist parties love to praise workers and talk about giving benefits to the working class.

It’s just like taxation: Marxists love work… as long as they’re not the ones actually doing it.

Honestly the entire Marxist philosophy is complete hypocritical. And there are people today who call themselves Marxists (like the BLM co-founders, who are self-avowed Marxists).

Yet they probably don’t have the foggiest idea that their patron saint literally watched his children go hungry because he’d rather complain about capitalism than go get a job.

Socialists are the same way; even though (according to a recent Axios poll) 41% of Americans view socialism in a positive light, most of these people don’t actually understand the first thing about socialism.

When they say ‘socialism’ they think it means Sweden, free university, and six weeks of paid vacation. They have no idea how wrong they are.

One key difference that people fail to understand is that, while Marx despised capitalism, he never made it personal. He didn’t shame individual people for their success, or automatically assume that rich people were evil.

The only reason Marx was lifted out of poverty, in fact, was because a wealthy capitalist gave him money.

In our modern world, however, so-called socialists love to make it personal. They ridicule people on social media because of their success. Activist newspapers illegally leak confidential tax information in an effort to ‘name and shame’ wealthy people.

Even Marx didn’t stoop to that level.

This is the topic of our podcast today: Marxism, socialism, and communism… and why most people who claim to embrace these ideas don’t have a clue what they’re talking about.