How my friend took the simplest path to foreign residency 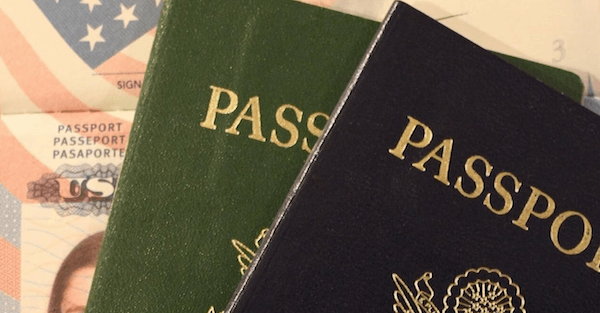 I could get used to this.

As I told you yesterday, I spend part of the summer each year at a centuries-old villa in a storied pocket of Italy. And I invite some of the most brilliant and productive people on the planet, most of whom I’ve met traveling the world over the last decade.

Italy has a way of making people expansive – past the handmade pasta we eat every night. Looking over the rolling Umbrian hills, we chat over Chianina beef, local wine, and fresh fruit each night — exchanging ideas and inspiring new ones.

So we were happy when our friend Ryan joined us on Monday.

Ryan is another brilliant and creative redhead, like the Zac the Mad Scientist I told you about yesterday. Ryan is a digital marketing guru, serving clients all over the world.

He’s less manic than Zac… so far, no psychedelic sexual lubricants in his product arsenal… but every bit as shrewd.

Ryan, like most successful people I know, is a master at creating opportunities for himself.

Champions don’t wait around for things to be handed to them.

They use their brains to figure out what’s right in front of them, turn it into an asset or opportunity, and move forward.

And that’s exactly how Ryan, at a young age, grabbed some low-hanging fruit and turned it into permanent foreign residency.

He’s not even 40, and he’s working toward a full, foreign citizenship.

Why is this important? Because permanent residency somewhere abroad – wherein you can come and go as you please in another nation, no questions asked – and/or second citizenship elsewhere – where you can take full advantage of the rights offered to every other citizen in that country, as can your kids – are essential components of a robust Plan B.

A Plan B, as longtime readers know, is the ultimate insurance policy.

No matter what happens in your home government, instead of being “triggered” and cowering hysterically in a corner, you can simply get on a plane – or, in Ryan’s case, a car – and go.

If you sense that your home government is about to enact capital controls, guess what?

As a permanent resident or citizen of another country, you can likely open a foreign bank account and move your savings abroad. (You can do this as a foreigner, too, but in most countries, residents and citizens find it easier to open bank accounts.)

If some socialist mandate of a tax code – I’m looking at you, California – is crippling your small business, guess what?

You can move your business somewhere that doesn’t cannibalize its most productive citizens.

Or, if you just want a place to go that’s cheap, safe, and offers a great lifestyle…

You can do that, too.

That’s exactly what Ryan did. Now, instead of paying 5 bucks for a tiny taco in San Diego, he can grab an even fresher, more delicious one for 75 cents in the state of Baja California Sur. And then hike to a waterfall.

Ryan is a permanent resident of Mexico. And by permanent, I mean permanent. He never has to renew it. And it even entitles him to apply for citizenship.

“It’s a great comfort because I know that no matter what’s going on in the world or in the economy, I can skip the tourist lines and walk straight back into a completely functional life in Mexico, to a home, to a work setup… no questions asked” says Ryan.

We wrote to Sovereign Man: Confidential subscribers about Ryan this week, telling them exactly how he gained permanent residency abroad.

I can’t give you all the details here, but the recipe was simple and straightforward:

Ryan moved to Baja, worked from there, ate some of those amazingly fresh Pacific fish tacos, and walked away a few years later with full-blown residency.

Why Mexico? Family. He had family there, which made the transition easier.

The point is, there’s low-hanging fruit all around us.

If you have a parent or grandparent from a country that honors citizenship by bloodlines, then go get your passport.

If you’ve got some money to invest, look into countries that offer what are called Golden Visas – residency in exchange for an investment in, say, local real estate. A guy I know bought a condo in Portugal through its program. He rents it out to offset the investment and has residency… and thus access to the rest of the European Union.

Another solution: I’m close to a US citizen who had her baby in Chile, which grants citizenship to those born on its soil. Boom. The kid had two passports at three weeks old. The parents are permanent residents.

In short, there are dozens of ways to gain foreign residency or citizenship. (And we, in turn, have dozens of step-by-step, how-to articles in our member library.)

And once you have it – especially citizenship – you have it, and can generally pass it onto your kids.

So, what’s your low-hanging fruit?