Consider these 5 steps in creating your own ‘Plan B’ 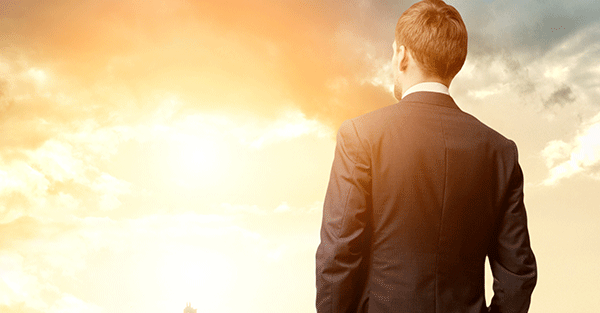 In May 1788, Thomas Jefferson wrote one of the most prescient statements of his career:

“The natural progress of things is for liberty to yield, and government to gain ground.”

Jefferson was living in Paris at the time serving as the Minister to France at a time when the United States was still in its infancy.

It was during this period that France descended into violent revolution. And Jefferson had a front row seat to witness it.

France’s reversal of fortune was legendary; only a few years before they were the largest superpower in the world and had helped the US gain independence.

Yet not even a decade later, Jefferson watched as French peasants stormed the Bastille in 1789 and entered a 26-year period of chaos.

He wrote extensively on the subject, and it clearly influenced his thinking on politics.

For example, one of Jefferson’s chief concerns was that the US Constitution did not limit the number of terms someone could serve as US president.

To Jefferson, a president serving for multiple terms was tantamount to a monarchy.

It has certainly turned out that way. Particularly as the next US election may shape up to be a contest between the House of Bush and the House of Clinton.

True to Jefferson’s words, liberty has yielded in the Land of the Free… and most of the West for that matter.

Governments regulate what we can and cannot put in our bodies, and how we are allowed to raise our own children.

They have awarded totalitarian control of the economy and money supply to an unelected central banking elite, which have in turn created epic bubbles in nearly every major financial market on the planet.

Interest rates are negative. Bank balance sheets are in pitiful condition. Capital controls are being rolled out. Debt levels are exploding. Pension funds are insolvent.

Ask yourself– where do you think this is going? Do you really think your home country will be more free and more prosperous in five years?

The world isn’t coming to an end. It’s changing. And this will unlock some of the most exciting opportunities we’ve ever seen.

Remember, some of the wealthiest families in Europe were wiped out in the 1920s because they were living in Germany and didn’t see hyperinflation coming.

Others who saw the writing on the wall built generational wealth in just a few years.

That’s the same opportunity we have now.

Today, most banks in the West hold as little as 3% of their customers’ deposits; the rest is gambled away in the markets or loaned to bankrupt governments at negative interest.

There’s absolutely no sense in keeping your money trapped in a banking system that treats you like a milk cow.

It’s 2015. Technology makes it possible to transfer money across the world with just a mouse click.

So there’s no reason to choose a bank simply because it’s a short drive from your house. Geography is irrelevant.

Instead, choose a bank because it has strong financial fundamentals and plentiful liquidity reserves.

This tends to be the case in Asia (places like Hong Kong and Singapore) where in some cases you can open a bank account and move a portion of your savings overseas without leaving the house.

3) If your currency has pitiful fundamentals, switch currencies.

It’s not exactly a profound assertion these days to point out that the US dollar is a disaster.

Its issuing authority, the Federal Reserve, is nearly insolvent. And the government backing it up is totally insolvent.

One option I’d recommend is to consider holding the Hong Kong dollar instead.

The Hong Kong dollar is pegged to the US dollar at a rate of 7.80 per USD +/- a very narrow band.

This means that the value of your savings won’t fluctuate very much in USD terms. If the dollar remains strong, the HKD will remain strong.

But if the US dollar experiences a painful collapse, the Hong Kong Monetary Authority could simply revalue the exchange rate. This gives you quite a bit of downside protection.

4) If your home government is totally bankrupt, don’t keep all of your assets there.

Consider owning real assets that are not located in your home country. You can store gold and silver in Singapore at a place like Silver Bullion.

Or own cash-producing real estate in a rising South American nation like Panama, Colombia, or Chile.

5) If you find that your home country is less free, find freedom somewhere else.

Again, geography is totally irrelevant in 2015. You no longer have to live in a place simply because your boss or customers live there too.

It’s still possible to find freedom in the world. There’s no one-size-fits-all solution, but your slice is out there somewhere.

At a minimum, apply for a passport and travel a bit. You’ll find that the rest of the world actually does have running water and doesn’t look like a Feed the Children commercial.

Find a place that you would be happy spending more time, and even better, obtain residency there.

You won’t be worse off for doing this. But if things ever get so bad that you decide it’s time to get out of Dodge, you’ll already know exactly where to go.