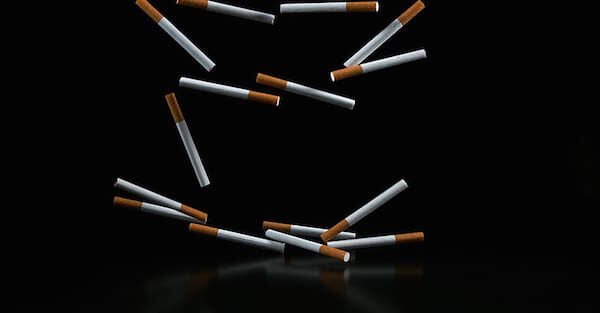 No, this isn’t another story about buying Warren Buffett’s holding company, Berkshire Hathaway, back in the day and getting rich.

This is about buying cigarettes… In particular, cigarette giant Altria (MO).

The tobacco industry has long been one of the steadiest and most profitable in history.

In 2015, investment bank Credit Suisse published a report showing the performance of every major American industry from 1900 to 2010 – over 100 years of data.

But tobacco stocks far outperformed every other industry.

One dollar invested in tobacco stocks in 1900 was worth $6.3 million by 2010 – a result 165 times better than the average American industry.

Even during the great financial crisis, people smoked more.

In 2008, Philip Morris International – the international tobacco arm that separated from Altria Group in March 2008 – sold 869.7 billion cigarettes and generated $63.64 billion in revenue (increasing 2.5% and 15.2%, respectively, from the previous year).

Cigarettes are so steady that sales even increased by 6.3% in the first quarter of 2009 during the peak of the financial crisis.

It turns out that selling addictive products is a great business.

Altria is a cash machine, and the company’s ‘free cash flow’ allows it to pay out generous dividends to its shareholders.

In fact Altria has increased its dividend for 47 years in a row.

Yet despite being one of the steady industries in the world, tobacco stocks got crushed last Friday…

The Food and Drug Administration (FDA) announced it wants to reduce the nicotine in cigarettes to make them less addictive.

The news cratered shares of Altria, which fell nearly 20% intraday.

Yes, the FDA is trying to regulate the tobacco industry. But this isn’t the first time that’s happened.

The government already banned most forms of cigarette advertising. And it’s levied enormous taxes on the product. But the tobacco industry still prevailed.

And it will take years for the FDA to push this through, if it happens at all… Big Tobacco will fight like hell in Washington.

The larger point is that when a company as big and stable as Altria crashes 20% in a day, it’s time to pay attention.

How did this happen?

And that’s part of the reason Altria sold off so hard. Before I explain, let’s talk about passive investing…

Passive investors buy stock regardless of valuation (as opposed to “active” managers who try to pick stocks that will outperform).

And they charge rock-bottom fees because no one is making complicated investment decisions.

When you put money into an S&P 500 index fund, your money is spread across those 500 stocks based on their size, i.e. the largest company gets the biggest portion of your money.

And passive funds are growing – with over $5 trillion in assets.

Today, passive managers own 37% of the S&P 500 (and ETFs account for around a quarter of the daily volume across U.S. exchanges according to Bank of America Merrill Lynch).

Vanguard, which created the first passive mutual fund in 1976, is now receiving $2 billion a day from investors who want to own index funds.

And that $2 billion is immediately invested into the market, irrespective of the quality or value of the stock market.

Vanguard now owns 6.8% of the S&P 500 and is the #1 shareholder of many of the largest companies in the world.

Even if the FDA makes a big announcement that could affect the industry, index funds hold their positions.

But since passive funds are the majority owners of many large companies (like Altria), there’s only a small number of shares remaining that can change hands during a normal trading day.

This is why we can see such crazy volatility.

On a day where there’s bad news (like a negative FDA announcement), the passive funds which own 85% of Altria do nothing.

But many of the active investors who owned the other 15% started selling their shares.

When only 15% of the shares of a company ever trade, then the share price can collapse within minutes if even only a handful of the active investors decide to sell.

This is one of the consequences of the passive investing trend.

Small, individual investors are piling in to index funds. And this creates conditions where stocks can easily suffer WILD and violent swings.

More importantly, what happens when small investors decide they want to get out of index funds?

This means the funds will have to sell.

So just imagine what will happen if passive funds, which own 37% of the S&P 500 today, suddenly have to sell…

Altria’s 20% drop is a pretty big warning sign, yet another indication of a broken market.

We could soon see even more major dislocations, with some of the most popular stocks in the world gapping down 10+% in a single day.

As I’ve written before, this is a very good time to consider taking some money off the table.

When the cycle turns south and asset prices start to fall, it’s investors who set aside some capital for a rainy day who will call the shots and enjoy the most lucrative opportunities.