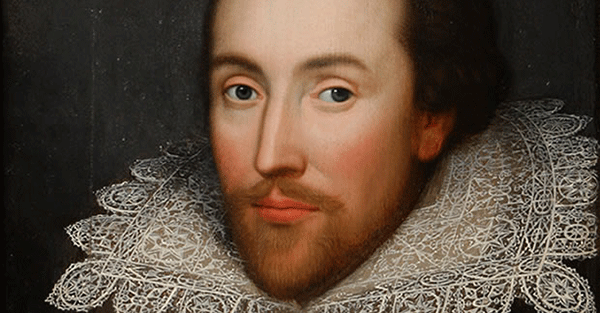 William Shakespeare was definitely not one for following the rules.

The playwright was famed for the ways in which he bent the English language in unusual ways to create some of the most significant literary works to date.

It was part of his genius, really, in that he didn’t allow himself to be limited by things like syntax rules that others abided by.

And, it seems, grammar was not the only thing he structured to better suit himself.

In fact, he also successfully managed to arrange his whole life and assets in order to not have to pay taxes on either his income or property.

He earned an estimated annual salary of about £200, which given that the pound was backed by silver at the time, would be about $39,360 in today’s silver prices.

And no, I’m not talking in terms of being adjusted for inflation. This is what his actual salary would be worth today if it were kept in the actual silver coinage, because unlike the paper stuff in our wallets, precious metals actually hold their value over time.

For the time, he made good money, which he then used to invest in land and a number of businesses, oftentimes held in partnership or under others’ names.

Official records have him down as having a humble calling, labeling him as being a “poor player”, with goods in London “to the value of [only] £5”.

He managed this by owning property only in the countryside, which enabled him to take advantage of the lower rates of taxation outside of the city, while only renting in London so as to not have any known and thus taxable assets there.

He also frequently travelled between the countryside and the city so as to not be too firmly established as a resident in either.

What is obvious to me is that he was an exceptionally independent minded human being, and he knew how to do what was best for himself and his family. He was not going to be held down by any rules that he didn’t want to be held by.

This is a feature that I find both rare and admirable.

People often relate international diversification and structuring your assets efficiently to some cloak and dagger dealings and tax evasion.

The truth is the exact opposite. The whole point is to follow legal ways that enable you to keep more of your hard-earned money and hold it in a safe place.

So what steps can you take to be able to hold on to more of your income?

If you’re a business owner, and you’ve not done this already, the most obvious step would be to incorporate your business in a lower tax jurisdiction.

A great option, especially for those in Europe, or those who might benefit from access to the European market, is Estonia.

The country’s corporate tax rate is at a moderate flat rate of 20%, nearly half the United States’ 39.1%.

But what makes Estonia a truly fantastic place to incorporate is that you only have to pay the tax if the company pays out dividends. So as long as you keep reinvesting profits into the company, your tax rate is effectively 0%!

And now thanks to the country’s new e-residency program, if you establish yourself as an Estonian e-resident, you can start and manage your own Estonian company from anywhere in the world.

For American citizens in particular, another great option is that of Puerto Rico—an IRS-approved option of paying almost zero tax.

As an individual, the same things apply. Greater financial gains can be made by simply establishing yourself in a lower tax jurisdiction. This can mean moving to a state with no income tax, or even moving abroad, easily saving you 20% or more of your income.

In Shakespeare’s own words, “It is not in the stars to hold our destiny but in ourselves.” Are you ready to take action?