How you can avoid dying as property of the state 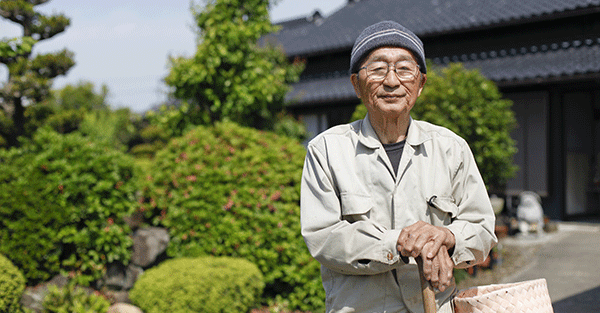 The Japanese are known for being great savers and for prioritizing family ties. So it’s particularly important for them to make sure that their savings get passed along to their children.

It’s part of human nature to want to pass along our knowledge and our wealth to our offspring so that they can have better lives.

Sadly for Japanese citizens, their government is a miserable saver, and has accumulated the greatest public debt in proportion to GDP in the world.

Struggling to pay off that debt, they are trying to milk the savings from their population.

At the same time the highest rate of taxation on those estates is bumped up from 50% to 55%. This is the second highest rate in the world, second only to that of France at 60%.

Estate tax in the UK can be as high as 25%. And in the Land of the Free, the marginal estate tax rate at the federal level alone can be up to 40%.

On top of that, plenty of other US states have estate tax rates as high as 20%. Kentucky, for example, charges an inheritance tax of up to 16% on any amount above $500 that passes to your heirs.

The arrogance here is extraordinary. Politicians leave absolutely no doubt that they view citizens as property of the state—dairy cows to be milked, even in death.

Remember, this is all money that people have already been taxed on at least once before—when earning it as salaries or investment income. And then they tax us again when we pass on.

It’s extraordinary when you think about it—the government taxes you all throughout your life on every penny you earn. And then they even chase you to the grave.

Clearly there are significant threats to our income, wealth, and savings, not only during our lives, but even in death.

And those threats are intensified the more desperate the governments become.

Their own numbers show that they’re insolvent, as are their public pension funds like Social Security. And these figures grow worse every year.

It doesn’t take a rocket scientist to figure out that they’re in desperate need of new revenue sources.

And let’s be rational: the long-term risk of these bankrupt governments finding some creative or destructive way of plundering the wealth of their citizens is clearly not zero.

This is why proper estate planning is so critical, as well as international diversification of one’s assets and money.

And the tools and solutions exist to do this.

For example, if you’re a US taxpayer, it makes sense to maximize your lifetime gift tax allowance. Right now, the lifetime tax exemption for gift taxes is $5.43 million.

This is an easy way to move quite a lot of money out of your taxable estate. And if you don’t do this, you’re asking for the government to take its “fair share” of assets that you already paid taxes on.

Another important tool in many estate-planning strategies is an appropriate use of trusts and foundations.

If you live in a high tax jurisdiction, even setting up a domestic trust is a better alternative that will reduce the amount that gets stolen after you pass on.

Foreign trusts obviously offer even greater protection, which when structured properly can completely disconnect from the US tax system after you pass.

They also have the added benefits that while you’re still alive, you can legally protect all the assets in the trust from any number of threats, including creditors and even bankrupt governments.

Some of the best jurisdictions to set up these structures are the Dutch Caribbean island of Curaçao, which has exceptional foundation laws, and Nevis and the Cook Islands, which are especially appropriate to set up trusts, because of their rock-solid asset protection legislations.

If you expect to live forever, I wouldn’t worry about any of this stuff… However, if you’re a mere mortal, like the rest of us, it’s definitely worth understanding the rules and solutions for where you live.