The best tax incentive in the world 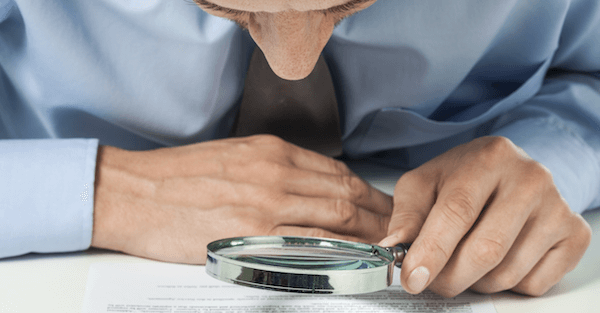 In a move almost destined to prove that laws and policies have absolutely zero meaning, the European Union released a list of “tax havens” last week… with a massive, giant, highly conspicuous omission.

The blacklist contains the names of the usual suspects– Panama, United Arab Emirates, etc., along with a few additions like Mongolia and Marshall Islands.

But, again, conspicuously missing from this list is far and away the biggest tax haven in the world– none other than the United States of America.

It’s hard for US taxpayers to imagine the Land of the Free being a tax haven.

Americans are taxed heavily on ALL of their income, no matter where in the world they live.

And yet, for non-Americans, the US is a treasure trove of tax-free anonymity.

Non-Americans can register completely anonymous corporations and LLCs in nearly every state in the US, with some of the stronger jurisdictions being Delaware, Nevada, Wyoming, New Mexico and South Dakota.

And their name need never appear, ever, on any of the documents.

Moreover, non-Americans can easily establish bank and brokerage accounts overseas, and use their anonymous US companies to engage in business all over the world.

And in many cases, non-Americans can generate unlimited capital gains on their stock and bond investments and pay absolutely zero tax to Uncle Sam.

It’s a hell of a deal, far better than what the countries on the EU blacklist offer.

The EU’s list is supposed to call out a handful of nations for refusing to comply with international tax reporting and information sharing agreements– most notably the worldwide “Common Reporting Standards” (CRS) that came into effect last year.

Dozens of countries have signed up for it.

What’s totally bizarre is that a number of jurisdictions on the EU’s blacklist are already reporting, or scheduled to begin reporting, in accordance with CRS.

Panama and Marshall Islands, for example, will begin reporting in 2018. South Korea, which also made the EU blacklist, has already started reporting.

The United States, on the other hand, is not signatory to CRS, and the US government has stated it has zero intention of joining CRS.

And yet South Korea is on the blacklist and the US is not.

These lists are completely meaningless… the whole exercise is a wasteful farce.

Even the premise is deeply flawed. These EU bureaucrats are so terrified that an individual somewhere in the world might actually be able to exercise some financial privacy.

But they can’t handle that. They turn apoplectic at the thought of not being able to know everything you’ve ever done with your money.

They’re also hell bent on taking as much of it for themselves as possible.

Rather than trying to attract talented entrepreneurs, investors, businesses, and workers with low taxes and friendly government regimes, they terrorize everyone with higher taxes and increasingly socialist policies.

But a clear track record of failure has never stopped self-aggrandizing politicians from trying the same thing and expecting different results.

The end game of this insanity is that the EU now blames other countries for the failures of its own idiotic policies.

It’s all quite pathetic.

The good news here is that very little will really change.

Some of the countries on the black list may modify their tax codes to appease EU bureaucrats.

But some of the best tax strategies in the world won’t change in the slightest.

Bear in mind, there’s absolutely nothing wrong with taking legal steps to reduce the amount of tax that you owe. On the contrary, it’s just good sense.

US judge and legal philosopher Billings Learned Hand summed it up best when he wrote,

“Any one may so arrange his affairs that his taxes shall be as low as possible; he is not bound to choose that pattern which will best pay the Treasury; there is not even a patriotic duty to increase one’s taxes.”

And regardless of the EU’s temper tantrum, there are still countless ways for businesses in the 21st century to slash their tax bills.

One of them is Puerto Rico’s Export Services Act, also known as Act 20.

I’ve written about this a number of times– it’s an incredibly attractive law that allows all sorts of businesses to domicile in Puerto Rico with a corporate tax rate of just 4%.

And ANYONE can realize these benefits, regardless of whether or not you’re a US citizen.

As a US territory, Puerto Rico isn’t on anyone’s blacklist.

And even despite all the misfortune the island has endured over the past year, the government there is doubling down on the tax incentives… and recently expanded a number of programs to make them even more attractive.

Puerto Rico may prove to be a fantastic option for your existing or prospective business; I’ve even structured one of my businesses there, and we’re looking at setting up another one there too.

That level of savings can have an enormous impact on your life, and it’s worth considering.

If you’re interested in learning more about it, we’ve created a report that explains the tax incentives in greater detail and tells you how to get started reducing taxes in Puerto Rico.