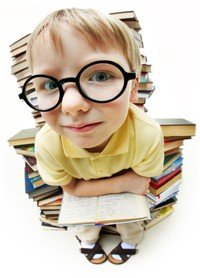 In 1729, that Jonathan Swift (of Gulliver’s Travels fame) penned a famous satirical essay from England entitled “A Modest Proposal.” It’s still famous to this day as mandatory reading in many a high school literature class.

As you may recall, Swift addresses the problem of the ultra-depressed Irish economy and mockingly advocates that the Irish should sell their children for rich Englishmen to eat. Lovely thought.

I thought about the essay this morning when one of our Liberty Alert Service researchers alerted me to a new bill just introduced in the Land of the Free, HR 1160. The bill aims “to set the retirement benefits age for today’s six-year-olds at age 70.”

No doubt, governments are adroit at finding ways to steal from people. As the case of Cyprus demonstrated over the weekend, they’re quite happy to propose confiscating funds at gunpoint.

They’re also adept at seizing assets. In the Land of the Free now, there are hundreds of state, local, and federal agencies which have all the power they need to seize your property for violating some obscure regulation.

Then there are more subtle methods like inflation— a slow, steady theft of people’s purchasing power. Or taxation— outright theft masquerading as patriotism.

This legislation is just another form of theft, and one of the most despicable– pushing today’s obligations onto the shoulders of future generations.

Moreover, based on the government’s own monkey mathematics, social security faces an $8.6 trillion shortfall over the next 75-years… which is precisely the window of today’s kids.

It seems almost surreal that a politician’s solution to this is to move the goalposts back by a mere 3-5 years on receiving benefits.

It’s the same sort of thinking that pervades the political elite– that they can afford to kick the can down the road indefinitely, forever, with only the occasional band-aid fix.

It seldom works out that way. History shows that collapse comes very suddenly, often after months (or years) of false government promises. Just look at Cyprus.

Today’s youth is going to have to pay into this bankrupt system for their entire working lives. And when it comes time to collect, there won’t be a penny for them.

Neither option is particularly attractive. And anyone under 50 should plan on heading into retirement without government support.

Maximizing IRA contributions certainly helps; just make sure to set up a Global Self-Directed IRA to ship your retirement savings overseas. You’ll be able to do things like buy foreign property or store physical gold abroad.

Moreover, if you set yourself up overseas, it’s possible to LEGALLY reduce the amount that you’re paying into the system through the Foreign Earned Income Exclusion and Double Taxation Agreements.

All of these steps are completely legitimate. And they’re some of the best ways to avoid the coming theft.