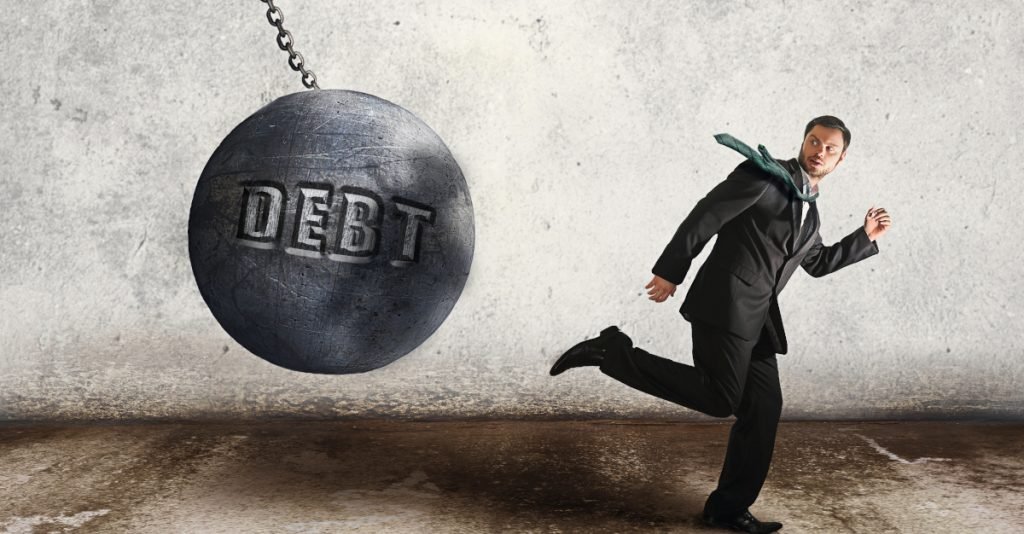 Last Friday, September 30th 2022 was the close of the Fiscal Year for the US federal government.

If you’re not familiar with the term, the ‘Fiscal Year’ refers to the government’s official accounting period. It starts on October 1st and ends the following September 30th. And everything from the federal budget to the Supreme Court’s case schedule is based around the Fiscal Year.

So are calculations for the national debt.

And based on the figures just released, the US national debt has now reached nearly $31 trillion as of the close of the Fiscal Year last Friday.

At the start of the Fiscal Year back on October 1, 2021, the national debt was $28.4 trillion. So over the course of the past twelve months, the debt increased by a whopping $2.5 trillion.

Now, a $2.5 trillion increase in the national debt is terrible, and alarm bells should be sounding from coast to coast. But there’s actually something more worrisome going on with the debt.

Remember that whenever governments borrow money, they do so by issuing some form of government bond. A bond, just like a loan, is a type of IOU. One of the key differences, however, is that a bond is a financial security that, just like stocks, can be easily bought and sold by investors around the world.

Treasury securities are issued with specific maturities; similar to how a bank could issue a mortgage with a 30-year, 20-year, or 15-year term, the government issues bonds with varying maturities, ranging from 4 weeks all the way up to 30 years.

And once the bond matures, whether that be after 4 weeks or 30 years, it needs to be repaid.

This is the worrisome part. Because out of all the bonds that the US government has issued, the weighted average maturity is about FIVE years.

This is a REALLY short average maturity for government bonds.

But, again, in the US, it’s just 5 years. And this means that, every year, approximately 20% (one-fifth) of US government bonds will mature and need to be repaid.

It’s actually worse than that; due to various complexities in Treasury issuance, the actual amount of bonds that need to be repaid is much higher.

Based on data that was just released yesterday, in fact, the US federal government repaid $15.7 trillion worth of bonds in the most recent Fiscal Year.

You might be wondering– how on earth did they come up with that much money? Easy. They just issued more debt.

In a way it’s like the government is paying off its credit card by transferring the balance to another credit card. So whenever a bunch of bonds mature and need to be repaid, the Treasury Department simply issues more bonds (i.e. debt).

By doing this, the “net” debt hasn’t changed; they pay off X amount of debt by issuing X amount of new debt.

This worked just fine as long as interest rates remained at record lows. But now rates are rising rapidly.

Here’s a startling example: on October 27, 2020, the Treasury department issued around $50 billion worth of 2-year Treasury Notes at a yield of just 0.12%.

Well, now it’s two years later, and those 2-year Treasury Notes are about to mature. So the government is going to have to issue a new $50 billion batch of bonds to pay off the maturing debt.

The problem is that interest rates have risen a LOT since 2020. The 2-year Treasury yield is now 4.2%, and rising. In other words, the new $50 billion issuance will cost the government an additional $2 billion per year in interest ($50 billion x 4%).

Now imagine this problem for the ENTIRE $31 trillion national debt.

Rates are already, on average, around 3-4% higher than they were a few years ago. And if the average interest rate on the national debt increases by just 3%, that means the government will owe an EXTRA $1 trillion per year, just in INTEREST.

This is an inconceivable figure that would bankrupt the federal government.

Now, there are some people who dismiss this concern because a portion of the interest is paid to other departments of government. They claim the debt, and interest expense, are no big deal because “we owe it to ourselves.”

This is partially true; the Defense Department buys some Treasury securities to earn a bit of interest on their excess cash. The Social Security and Medicare Trust Funds own nearly $3 trillion of US government bonds and receive interest payments.

But this shouldn’t be relevant. Interest is interest. Money owed is money owed. Regardless of to whom it is paid.

It’s ludicrous to pretend like we shouldn’t count certain interest simply because it’s being paid to Social Security beneficiaries.

Bottom line, this is an EXTREMELY precarious situation. The US national debt is so high… and the average debt maturity is so short… that significant rate increases risk pushing the federal government towards default.

You’d think that the Treasury Department would be doing everything it can to extend their average bond maturity, and increase it from five years to, say, ten years. That would at least make a dent in the problem.

Or that Congress and the White House would get their fiscal house in order and start balancing the budget.

But no. Not these people. In fact the Treasury Secretary has specifically stated that she does not want to extend maturities. And the White House is too busy forgiving student debt to even think about balancing the budget.

This is a real crisis brewing. And the people in charge are deliberately ignoring it.