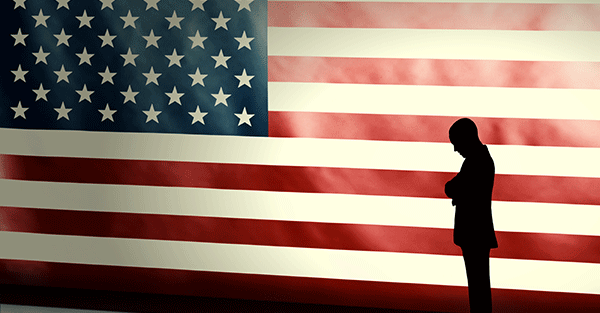 “John Galt is Prometheus who changed his mind. After centuries of being torn by vultures in payment for having brought to men the fire of the gods, he broke his chains—and he withdrew his fire—until the day when men withdraw their vultures.”

Sick of the overbearing regulation, taxation, and entitlement mentality in society—in the book Atlas Shrugged, John Galt went to one entrepreneur after another to convince them that they just didn’t need to put up with it anymore.

They didn’t need to keep propping up a system that was trying to destroy them. Where’s the point in continuing to feed a parasitic system?

So one by one, these innovators and producers simply closed up shop, deciding to just “shrug” and abandon what they were providing thanklessly to the looters.

Today many companies are doing the same. They may not be abandoning their businesses altogether, but they are moving them out of the hands of the parasites by moving their tax bases abroad.

In Ayn Rand’s book, the Economic Planning Bureau dealt with this by legislating that no businesses could leave: “[a]ll the manufacturing establishments of the country, of any size and nature, were forbidden to move from their present locations, except when granted a special permission to do so.”

In real life today, we have a string of policies being proposed to similarly discourage companies from leaving, or failing that, to try to claw as much money as possible from them first.

First, take the H.R. 5278: No Federal Contracts for Corporate Deserters Act, which bars federal contracts for American companies that have gone overseas for tax purposes.

Then take the H.R. 5549: Pay What You Owe Before You Go Act, which seeks the seizure of unrepatriated corporate revenue.

Even the language used by these bill’s supporters is eerily similar to the novel, as politicians call for corporations to pay their “fair share” and bemoan that Americans have to “pick up the tax burden inverted companies shrug off.”

At the time, Rand might have thought that she was writing about an extreme, fictional society. But it seems that the Land of the Free is eager to exceed even her worst expectations.

When she wrote about the “Economic Emergency Law”, which forbade any discrimination “for any reason whatever against any person in any matter involving his livelihood”, she was likely thinking about criteria such as race, gender, and age.

She might have even considered they would try to prevent employers from making judgments based on a person’s ability, though I’m sure she would not have even imagined what politicians have actually come up with in the US.

Try the S. 1972/ H.R. 3972: Fair Employment Opportunity Act that proposed to prohibit discrimination according to a person’s history of unemployment.

Or even worse, the S. 1837: Equal Employment for All Act that would have prohibited employers from even looking at prospective employee’s credit ratings.

The literary similarities don’t just stop with corporations either. Compare the fictional Project Soybean, designed to “recondition” people’s dietary habits to the actual H.R. 4904: Vegetables Are Really Important Eating Tools for You (VARIETY).

Tell me, which one sounds more ludicrous to you?

With each new piece of legislation being proposed in the Land of the Free, Atlas Shrugged seems to be ever more prophetic.

While even the most terrifying elements of the book are coming true, so are the reactions.

People and companies are leaving, refusing the put up with the looting of their efforts any longer.

Despite politicians’ desperate attempts to stop it, Atlas is already shrugging.