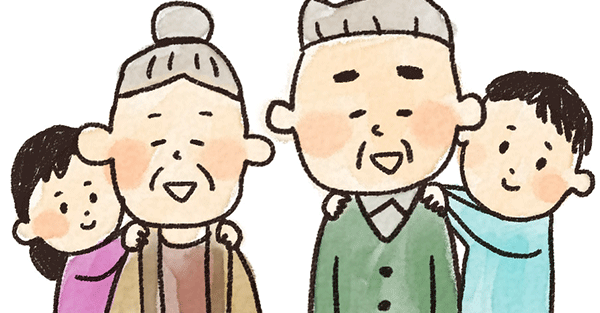 Today is a rather peculiar public holiday in Japan: “Respect Old People Day”.

And judging by the official demographics, an increasing proportion of the population should be revered today.

One in eight Japanese is aged 75 or older. People over 65 will reach 33 million, the largest ever, roughly 25.9% of the population.

The thing about demographic trends is that they’re like a huge oil tanker—once they’re on their course it’s very hard to steer them around in another direction.

These are monumental, generational changes that are very hard and slow to reverse.

By today’s trend, Japan’s population will dwindle from 127 million today to around 100 million by 2050. It’s the worst possible demographic nightmare.

People stopped having as many babies decades ago. It was too damned expensive.

Then the big collapse came in the late 80s, and the economy has been dragging it heels ever since.

When prosperity is low, people consequently delay having children. They have fewer children. Or they don’t have them at all.

On the other hand, a bulging group of older people means more spending for medical care and pensions.

This is the largest item in the budget, consuming 31.2% of all planned government spending.

And it’s only getting larger.

It doesn’t help that Japan is essentially already bankrupt.

The second largest item in Japanese government’s budget is interest.

While social security, welfare and health spending has increased by 3% from the current budget, debt servicing is up by 11% and now amounts to 25.8 trillion yen, or an incredible 25% of Japan’s budget.

So just between pensions and interest, they’re spending 57.5 trillion yen. Last year they only collected 50 trillion in tax revenue.

So before they spend a single yen on anything else in government… anything at all… they’re already 7 trillion yen (about $70 billion) in the hole. They have to borrow the rest.

Bear in mind, this is coming at a time when interest rates for 10-year Japanese bonds are 0.5%, and even closer to zero on shorter notes.

If interest rates rise to just 1%, which is historically still very low, Japan will spend almost all of its tax revenue just to service the debt!

You can’t make this stuff up. It’s a screaming indicator that this system can’t possibly last.

Europe, the US and Japan, three of the biggest economies in the world, are all on a similar inevitable trend—they’re in debt up to their eyeballs, with absolutely no arithmetic possibility of ever getting out of the hole unscathed.

Japan is just worst of them all.

And history is so full of examples of what governments do when countries get into this position: as reality beckons, they become even more careless and destructive.

The question of when will it happen is irrelevant. What difference does it make if Japan collapses tomorrow or two years from now?

This is not a credible and sustainable system that is worth tying up all your livelihood and life savings with.

Nobody is going to send you an advanced notice that the banks will remain closed tomorrow and all deposits will be frozen.

That’s why we always say to buckle up and put your seatbelt on ahead of time.

Just like William Shakespeare said in The Merry Wives of Windsor: “Better three hours too soon, than a minute too late.”