After 1,428 years here’s what brought down the world’s oldest business 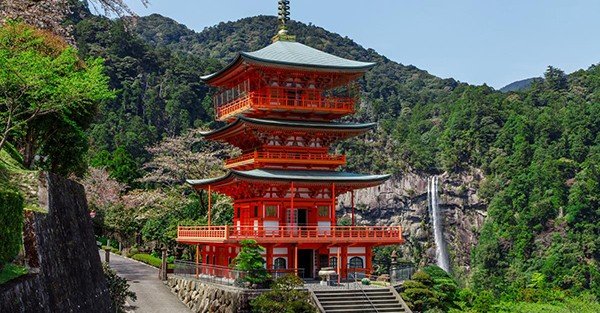 In 578 AD, a Korean immigrant named Shigemitsu Kongo made his way to Japan at the invitation of the royal family.

Buddhism was on the rise in Japan at the time; though it had only been introduced a few decades prior, the Empress consort had been actively encouraging the adoption of Buddhism across Japan.

But since the Japanese had no experience building Buddhist temples, they looked overseas for help.

That’s where Kongo came in.

Shigemitsu Kongo was a renowned temple builder, and the royal family in Japan commissioned him to build the Shitenno-ji temple, which still stands today in Osaka.

Kongo saw an incredible opportunity. Buddhism was catching on fast, and he knew he could be kept busy for decades building temples.

It turned out to be centuries. Over 14 centuries, in fact.

It’s extraordinary that any single enterprise could last so long.

Even as late as 2004, temple building accounted for more than 80% of the company’s revenue, which exceeded USD $60 million.

But ten years ago the company finally went under due to the massive debt burden they had accumulated.

It started back in the 1980s. Japan was in the midst of an epic financial bubble thanks to unconstrained credit growth and expansion of the money supply.

Asset prices in Japan got so out of control that for a short time during the 1980s, it was said that the grounds of the imperial palace in Tokyo were worth more than all of the real estate in the entire state of California.

As part of this bubble, banks had relaxed their lending standards and were handing out loans to just about anyone.

And many Japanese companies took on vast amounts of debt, including Kongo Gumi.

Debt was like a popular drug. Everyone was doing it.

But when the bubble burst in 1989, asset prices collapsed. And companies that had borrowed heavily were left with nothing but debt.

Kongo Gumi didn’t go out of business right away. The company was able to limp along for more than two decades on basic life support.

Soon they were borrowing money just to pay interest on the money they had already borrowed, even though interest rates were at record lows.

But eventually the company’s revenues were no longer sufficient to service the debt.

And in 2006 Kongo Gumi was forced into liquidation.

This company lasted over 1,400 years.

They survived the Meiji Restoration in the 1800s, a period in which the government set out to eradicate Buddhism from Japan, and hence, the temple building industry.

They even survived two atomic bombs.

It doesn’t matter if you’re an individual, a company, a government, or even a central bank; if your balance sheet doesn’t add up, sooner or later you’re going under.

It’s concerning to see consumer debt once again on the rise in the Land of the Free, at the fastest pace since the days of the financial bubble.

Perhaps most appropriate was a Superbowl commercial from Quicken Loans advertising how easy they have made it to obtain a loan.

More appropriate would be “Push button. Get into debt. Then buy more useless stuff.”

It’s a blatant snapshot of how far along we are in this latest financial bubble.

Of course, most western governments are in this position as well; they can go further into debt with a few strokes of the pen.

No surprise that many governments must borrow money to pay interest on money they’ve already borrowed, even at a time when interest rates are at record lows!

And yet the leading mainstream economic minds claim that debt (and money printing) are actually CURES to economic problems, and not causes of them.

As my colleague Tim Price points out, medieval doctors used to advocate leeches as a way to cure sick people.

Yet this approach turned out be largely ineffective and tended to kill the patient.

Old, established institutions have the ability to kick the can down the road, just like Kongo Gumi did.

And even in terminal decline they can even give the appearance of strength.

Just a few years before its demise, Kongo Gumi was still a media darling that seemed strong, fit, and likely to last another 1,400 years.

The LA Times, for example, ran a story in 2003 praising the company for its deft ability to outlast Japan’s tough economic conditions.

This is an incredibly important lesson: debt is a killer. And no one is immune to this inevitability.