Amazing. Look at how silver has held its value for 23 centuries– 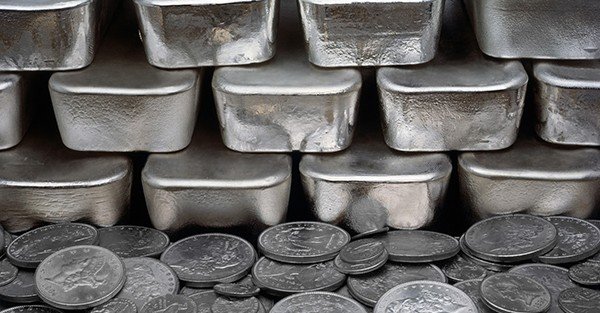 Thousands of years ago in ancient city of Babylon, specially trained scribes gathered each day in the Temple of Marduk to record the day’s events.

They used cuneiform writing instruments and clay tablets, over 1200 of which still survive today.

These scribes kept excellent records, detailing astronomical observances and water levels of the Euphrates River, as well as market prices for the most popular commodities like wheat, barley, and wool.

It’s incredible that we have detailed records of grain prices going back thousands of years.

The ancient Babylonians quoted grain prices in shekels, a unit of weight equivalent to 8.33 grams of silver.

Over the 3+ century period between 384 BC and 60 BC, for example, the price of barley averaged 0.02053 shekels per quart in Babylonia.

At 8.33 grams per shekel, this would be equivalent to about 0.171 grams of silver per quart,

[Editor’s note: We had a type-o in the original article. The math in this article is accurate, but the above statement about $3.75 per quart was referring to the price per shekel, not the price per quart as it states. Scroll to the bottom if you want to see the full calculation.]

After converting the unit of measurement from ancient quart to modern hundredweight (cwt), that means that barley in Babylonian times sold for $5.23 per cwt when priced in today’s dollars.

And according to the US Department of Agriculture, yesterday’s price for barley was… $5.25 per cwt.

Amazing. When denominated in silver, the price of barley is almost exactly the same as it was thousands of years ago.

In other words, if a farmer from 23 centuries ago had sold a quart of barley, he would have received 0.171 grams of silver.

Fast forward to today and that 0.171 grams of silver would buy almost the exact same amount of grain as it did 23 centuries ago.

This is an important reminder, especially today as the entire financial system waits with bated breath to see if the US Federal Reserve will raise interest rates for the first time in nearly a decade.

It’s ultimately a complete farce. Our entire financial system is based on awarding total control of our money to a tiny, unelected committee of bureaucrats.

They have the power to conjure trillions of dollars, euros, yen, pounds, renminbi, etc. out of thin air that are backed by absolutely nothing other than a thin veneer of confidence.

Civilizations have been experimenting with this model for thousands of years. And every single time it has failed.

Future historians will certainly wonder why we chose a financial system based on a model with such a long history of failure, and why we gave control of our savings and economic activity to unelected bureaucrats who are consistently wrong.

When you step back and look at the big picture, this system is totally mad. And full of risk.

And their solution is to keep borrowing and printing more money.

Look, holding some physical cash does make sense right now as a *short-term* hedge against risks in the financial system.

If the GFC 2.0 hits, you’ll be glad that you’re holding some physical cash (more on this soon).

But how much do you think your paper currency will be worth 23 centuries from now? Or even 23 years? Or potentially even 23 months?

Bottom line– you’re not protected unless you own some real assets. Gold. Silver. Land. Productive business. This should be part of any rational person’s Plan B.

Ready for the math?

Our goal with this exercise is to convert the price of barley in Ancient Babylon from shekels per ancient quart to dollars per hundredweight.

Now we have to convert from ancient quart (qa) to hundredweight (cwt), the measurement used to quote prices today:

(note: these are known constants, not calculations)

In other words, the price of barley 23 centuries ago was 0.0253 shekels per quart, which after we do the math and conversions, is equivalent to $5.23 per hundredweight in today’s dollars based on the silver price from December 16, 2015.