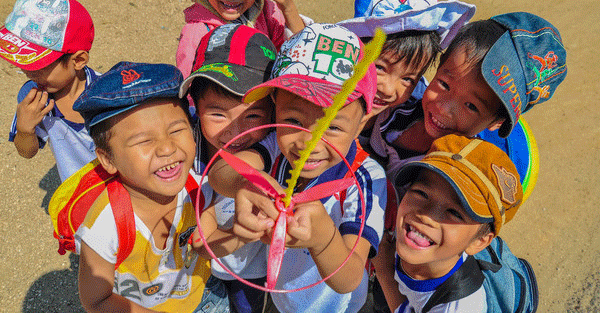 As you can imagine, here in Vietnam they call it the “American War”. Or sometimes the “Resistance War Against America.”

Most of us call it the Vietnam War. It left millions dead, and millions more wounded over a nearly two decades long conflict.

It caused catastrophic medical and environmental damage from over 75 million liters of the cancer-causing Agent Orange courtesy of the Monsanto Corporation.

And of course there’s all the unexploded ordinance that still exists across the countryside here which continues to maim and kill civilians year after year.

Financially, when adjusted to 2016 dollars, the war in Vietnam cost American taxpayers over $1 TRILLION in direct military costs alone.

So what exactly did Uncle Sam get for this exceptional investment?

Nothing. Certainly nothing positive.

Saigon fell on April 30, 1975, and the north and south were merged to form the Socialist Republic of Vietnam.

So the US government’s containment agenda to prevent the spread of communism was a total failure.

But then something completely EXPECTED happened: Vietnam went broke.

The central planners created extraordinary mismatches in supply and demand and production inefficiencies.

This lunacy lasted for years, resulting in mass migration and a full-on refugee crisis.

By the late 1980s, China, Vietnam, and other Asian socialist states were among the most impoverished countries in the world.

Yet market-oriented Hong Kong and Singapore were right next door… and thriving.

Eventually they saw the light, and nearly all of these socialist countries started a long, slow conversion to embrace capitalism.

It really started in earnest about 15 years ago after Vietnam signed a trade deal with the United States.

And since then the changes have been extraordinary.

Vietnam is now consistently one of the fastest growing economies in the world.

The dramatic increase in standard of living here has been astonishing.

All you have to do is walk down any one of the city’s streets and see locals driving their new motorbikes, pulling up to a trendy air-conditioned café for a cup of coffee and high speed Internet on their smart phone.

Last night I walked by the dilapidated headquarters of the local chapter of the Communist Youth Organization.

Next door is the Young Businesspeople Association. Across the street is a luxurious new shopping mall. And a block away you’ll find McDonalds and Dunkin’ Donuts.

That pretty much sums it up: Capitalism ALWAYS wins.

Rather than fight the war, the US government would have been a lot better off saying, “Oh you want to be Communist? Wonderful! You go ahead and enjoy that, and give us a call in 20 years once you’re totally impoverished…”

It would have saved a hell of a lot of time, money, and lives.

Capitalism always wins because people want the comfort and lifestyle that become possible when talented people have the incentive to work hard and innovate.

It doesn’t even really require too much to create these incentives. The recipe is simple: property rights, financial reward, and limited bureaucracy.

Just bear in mind that all three are critical.

If it takes 4 years and 600 permits to start a business, for example, it won’t matter if tax rates are low and property rights are sacred; there will still be too many disincentives to produce.

So when governments start redistributing wealth and property and creating mountains of regulations to ‘protect’ the people, they degrade all three factors.

Remember the Universal Law of Prosperity: You have to produce more than you consume.

So when there are disincentives that destroy production, prosperity suffers and everyone is worse off. It’s so simple.

Amazingly enough, though, so much of the West seems to be sprinting in the direction of central planning.

The amount of regulations created every single day by the US government is just shocking– TODAY alone another 507 pages of rules and notices were published.

It’s also astounding to see how prominent socialism is becoming in the Land of the Free.

There’s this pervasive fantasy that people can get a bunch of free stuff and we all end up like Norway.

The reality, of course, is ending up like Venezuela with shortages of toilet paper and a currency in hyperinflation.

What I find so striking, however, is that while the West seems to be moving faster and faster towards this fantasy of socialism and central planning, out here in Asia they’re going in the opposite direction.

Vietnam has already had its horrible socialist experiment. They learned their lesson.

And though Vietnam is starting from a much lower base, and they have a LONG way to go, they’re pushing to become more market oriented, and hence, much more prosperous.