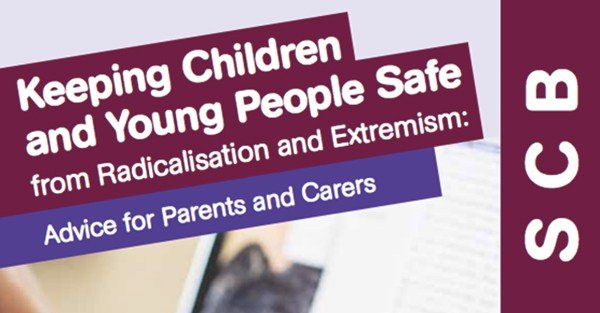 This is WAY beyond ‘if you see something, say something.’

In a series of pamphlets circulated among local governments in the United Kingdom, British parents are now being encouraged to spy on their own children, and to report any instances of possible ‘radicalization’.

Of course this advice comes with a nifty set of instructions for how to spot a terrorist in your own home:

Imagine that– a teenager who doesn’t want mom and dad to see what he’s doing on his iPhone? Or a 14-year old who starts dressing differently and hanging out with a different group of friends?

Funny, this sounds like. . . pretty much every teenager on the planet.

But even more unsettling are these:

So apparently now questioning the propaganda and government policies are considered evidence of subversive, extremist behavior.

If you don’t fall in line, you’re a radical. And the government now wants to train parents to rat out their own children.

This is chilling. Disgusting. And unfortunately not too surprising from the country that was the backdrop for George Orwell’s 1984.

Orwell’s dystopic view of the future is rapidly becoming reality in many countries across the West.

The endless government monitoring of all electronic communication is prevalent everywhere in the ‘free’ world.

Financial privacy has been destroyed. Banks are now merely unpaid spies of bankrupt governments, and they will freeze you out of your life’s savings in a heartbeat if some faceless bureaucrat orders them to do so.

Civil Asset Forfeiture, where police and government agencies confiscate your cash and property without the slightest bit of due process, is at an all-time high.

So much, in fact, that the government now steals more from its citizens than private criminals.

Governments have even shown an alarming willingness to confiscate your own children if they deem in their sole discretion that you are an unfit parent… which may now include, obviously, ‘subversive’ behavior like questioning authority.

Now in Britain they want to turn the tables and have parents spy on children.

Yes, there have been some terrible tragedies lately. But governments are using these attacks as a way to tap into people’s most carnal fears, however unlikely they may be.

As we’ve discussed before, you’re more likely to choke on a hot dog than die in a terrorist attack.

But they’ll never spend trillions on a war against hot dogs… because hot dogs aren’t as scary as the image of an angry brown teenager with a headwrap and AK-47 climbing across a set of monkey bars in a terrorist training camp.

Governments stoke this fear and use it to award themselves even more power in the name of protecting you.

Now they’re encouraging you to violate the most sacred bonds of family as some sort of duty to the state.

Look, I have no doubt that there’s an army of bureaucrats out there who feel they have an honorable burden to keep people safe.

And they’re doing whatever they think they can do to protect us.

This sort of idea would have been unimaginable not too long ago… the stuff of North Korea or the Soviet Union. Yet today it seems perfectly acceptable.

It’s an incredible reminder of how the free world is now ruled by irrational paranoia, and not on the principles of liberty upon which it was founded.