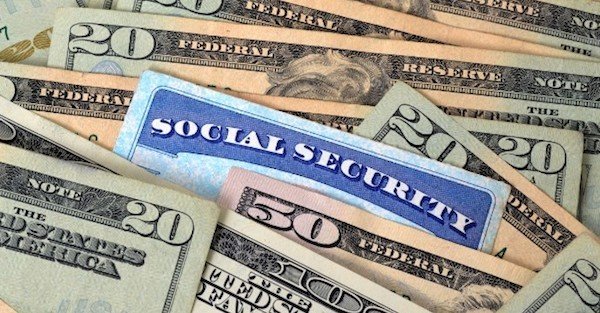 On January 31, 1940, the very first Social Security check ever delivered went to Ms. Ida May Fuller, a former legal secretary who had recently retired.

Ms. Fuller had spent just three years paying into the system, contributing a total of $24.75 to Social Security.

Yet her first check was for nearly that entire amount. Quite a return on investment.

Essentially, all of the taxes paid in to Social Security end up in one of these two trust funds.

The trust funds then ‘manage’ the money to generate a rate of return, and then pay out distributions to program recipients.

Now, the funds are overseen by a Board of Trustees which is obliged to submit an annual report on the fiscal condition of the program. It ain’t pretty.

The Disability Insurance (DI) fund is particularly ugly. In fact, the trustees themselves wrote in the 2015 annual report that

In other words, one of the two Social Security trust funds is just months away from insolvency.

When people think about Social Security, they think that all the problems are decades away.

Wrong. This is next year.

The other trust fund, OAS, is projected to “become depleted and unable to pay scheduled benefits in full on a timely basis in 2034.”

Which means that if you’re 47 or younger, you can kiss Social Security goodbye.

Bear in mind, these aren’t my calculations. Nor are they any wild assertions. They’re direct quotes from the trustees themselves.

Some of the most senior officials in the US government sign their name to an official report stating that these funds are nearly insolvency– one of them even NEXT YEAR.

Not to worry, though. Congress is on the case.

And let me tell you, their solution is bold. Fearless. And brilliant.

HR 3150 attacks the looming insolvency of Disability Insurance by eliminating the fund altogether.

So instead of having two separate funds for two distinct purposes of Social Security, the legislation aims to combine them into one unified fund.

That way, with just one fund, there won’t be any separate reporting about DI’s insolvency.

It’s genius! They make the problem go away by eliminating the requirement to report it.

There’s just one small issue. Legally, they have a word for this. It’s called fraud.

You and I would go to prison if we commingled funds like this. But in the hallowed halls of Congress, this is what passes as a solution.

This is so typical– solving problems by pretending that they don’t exist and destroying any element of transparency and accountability.

This pretty much tells you everything you need to know about government.

Look, it’s a hard reality to swallow. But the government’s own data show that these programs are not going to be there for you.

And the story smacking us in the face right now demonstrates precisely how politicians intend on ‘solving’ the problems.

These people aren’t the solution. They’re the problem.

And don’t think that ‘voting the bums out’ will affect anything. Elections merely change the players, not the game.

The only way forward is to invest in yourself, particularly in your business and financial education. Make plans based on the assumption that Social Security doesn’t exist.

And if, by some miracle, it’s still there by the time you retire, you won’t be worse off for having built a larger nest egg thanks to the financial acumen you developed.