Could one weekend in Lithuania really replace college? 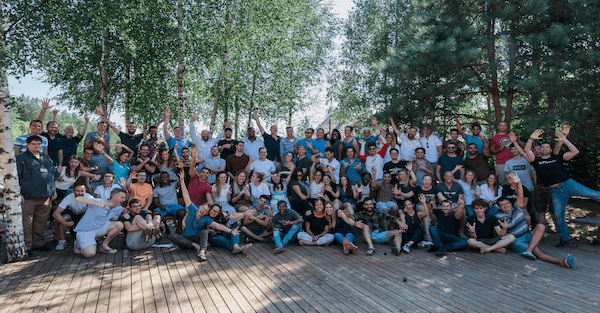 Here’s an economics lesson you won’t get in college.

What happened to college tuition costs after the federal government started handing out student loan aid in 1965?

For a typical loan, you need collateral… i.e. the bank takes your house if you don’t pay the mortgage. But with government-backed student loans, no collateral is required to borrow vast sums of money.

With little potential downside, the number of people willing to take on student debt swelled exponentially.

With extra demand, colleges were free to hike their prices.

Meanwhile, the average starting salary for a college graduate with a bachelor’s degree was $2,500 lower in 2017 compared to 1965, according to the National Center for Education Statistics.

The degree itself just isn’t worth what it used to be.

Just a couple weeks ago in one of our premium weekly intelligence reports, we mentioned one university’s plan to stop grading based on merit, and instead grade based on effort.

That’s the equivalent of a participation trophy… for $26,000 a year.

And companies are taking notice.

CNBC recently listed 12 major companies, including Apple, Google, and IBM, which no longer require job applicants to have a college degree. Instead, they are looking for people who have experience.

Imagine that… you rack up 100 grand in debt to get a degree you hope will open some doors.

Meanwhile, your buddy who dropped out of high school to code apps gets an offer from Apple.

But you probably grew up hearing horrible advice like, “If you don’t know what to do with your life, just rack up six figures of debt while you figure it out.”

Yeah, that’s a great way to start off life, playing catchup, forced to take whatever cubicle job comes along just to pay back your government loans.

Don’t discount the cost of time wasted either.

Just getting an entry level job even slightly related to anything you might want to do gives you a four-year head start on your college bound peers.

And just knowing how to show up on time, and put in a hard day’s work is something lacking in a shocking number of college graduates.

The 2018 Job Outlook Survey revealed that employers thought only 42% of recent college graduates were proficient in work ethic and professionalism. (But 90% of the recent graduates considered themselves proficient.)

Then there’s the opportunity cost of buying a college education.

If you don’t want to work for “the man” your whole life, spend that capital starting your dream business instead.

Even if it fails, you’ll probably learn more than sitting through sixth century pottery 101. I don’t know too many successful entrepreneurs without past failures…

Some of the most accomplished young people I meet owe their success to the experience of getting out there and pouring themselves into whatever they are passionate about.

But you do need more than just passion to succeed.

That’s why for the past 10 years I’ve hosted a five-day intensive entrepreneurship boot camp.

I seek out 50 young people from all over the world to join me in the Lithuanian countryside.

And I bring in a handful of insanely successful mentors – CEOs, marketing veterans, and even music producers – to help me teach workshops on raising capital, marketing, investing, and always a favorite, network infiltration.

In the spirit of entrepreneurship, we don’t have a standard application. I say, make a video telling me why you should be invited.

Because life isn’t a multiple choice or fill in the blank exam.

And I have the video clips to prove that many of the attendees find the camp more valuable than college.

But I’m not claiming I can pack an entire college education into a five-day conference. That’s not the point.

The real benefit is joining a network of motivated people who are hell-bent on building value.

As James says in the video, “I spent $40,000 on an MBA from a top American university. I got more value from this camp from the students alone. And it’s free!”

And it’s a good thing it’s free, because the opportunity to form a relationship with these caliber mentors and students is something money can’t buy.

If you or someone you know is interested in applying, check out the details here.