Do you have a cryptocurrency addiction? This British hospital has a treatment for you 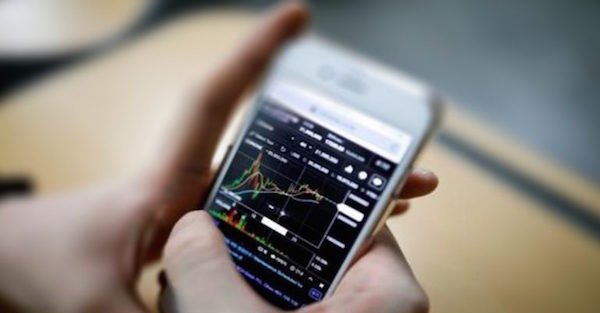 By the time Louis XIV passed away in 1715, seven decades of his absurd extravagance had nearly bankrupted France.

His reign was marked by constant warfare and the most excessive spending imaginable, from opulent palaces (including Versailles) to a costly welfare state– public hospitals, parks, monuments, museums.

Louis XIV had turned France into the world’s leading power. But it came at a heavy cost.

The national debt was nearly as large as the entire French economy itself, and the government’s annual budget deficit was appalling.

France was bleeding cash. And so in 1719, the government tried a new idea to shore up its finances.

First, they issued a formal decree granting a full monopoly over nearly all of France’s international commerce and trade to a company called Compagnie du Mississippi, i.e. the Mississippi Company.

The government gave full control of the deal to a Scottish banker named John Law; Law was to sell shares of the Mississippi company to the public, and funnel the proceeds to the government.

The initial share sale was a phenomenal success. Law promised investors that the Mississippi Company would pay an annual dividend equivalent to about 120% of the share price.

It was an extraordinary prospective return. And investors literally lined up outside of Law’s house to apply for shares.

Almost immediately a bustling secondary market for the shares emerged, and countless people of every age, gender, and social status spent their days buying and selling stock in the Mississippi Company.

The investor hysteria was so extreme that the share price of the Mississippi Company would sometimes rise 20% in the course of a few hours.

A quaint plaza near John Law’s home became the unofficial stock exchange for Mississippi Company shares, and there are legendary stories of the investor frenzy there.

In his 1841 book Extraordinary Popular Delusions and the Madness of Crowds, Charles Mackay wrote about a local cobbler who was able to rent out his stall in the plaza for an extraordinary sum of money, and about a hunchback who earned a great living charging speculators to use his hump as a writing surface to sign contracts.

EVERYONE was making money. It was commonplace that illiterate farm laborers would turn their meager savings into substantial fortunes, practically overnight.

Of course, hardly anyone knew what they were buying– whether there was an actual business plan, whether management was competent, or whether the deal could generate any profit.

Those seemed to be irrelevant details. The only two things that mattered were the fact that the share price was going up, and that the New World had enormous potential.

So the speculation persisted.

At the end of 1720, the bubble finally burst, not even two years from the time that it started.

A few people made money– those who got in early and weren’t stupidly greedy. But most people lost everything. And John Law fled to Belgium.

Now, it’s difficult to read about the Mississippi Company Bubble and not think about the modern roller coaster ride of cryptocurrency.

I was an early adopter of Bitcoin and have made a number of investments in promising crypto startups.

But even the most die-hard crypto fanatic should acknowledge the irrational frenzy in late 2017 that saw cryptocurrency prices soar to new heights on an almost daily basis.

And just like the Mississippi Bubble, it was fed by countless speculators feverishly throwing their money at an asset based on the facts that crypto has enormous potential, and it was going up in price.

Apparently, crypto fever got so bad that a hospital in the UK set up a program for Cryptocurrency Addicts.

The Castle Craig Hospital website has a self-assessment tool with a number of questions, for example–

The fact that this treatment program even exists is a testament to the sheer volume of fanatics who are consumed with the prospect of getting rich quick on the next cryptoflavor du jour.

When there’s that many people who believe they can become extraordinarily wealthy in a short amount of time by merely acquiring an asset that’s a tiny representation of a future trend, you can rest assured that most of the easy money has already been made.

And that’s really the point: we’re no longer in the earliest, most nascent stages of the crypto game.

You hear about Bitcoin now on the nightly news. It’s mainstream.

So the idea that there’s still a high likelihood of making a 10,000x return on some random coin or token at this stage in the game is just plain naive, especially when the investment thesis is simply “crypto is the future.”

Yes, the broader concepts of crypto and distributed ledger technology are the future, just as the New World represented tremendous opportunity back in 18th century France.

But just like the Mississippi Bubble, that larger trend doesn’t automatically mean that F*ckToken and T!tCoin are worthwhile investments.

Now, I’m not saying that you can’t make money in crypto anymore. Far from it.

As we talked about last week, there are still unimaginable fortunes to be made from this trend.

But at this point, those new fortunes are awaiting investors and entrepreneurs who are at the forefront of developing the technology and applying it to the countless, game-changing possibilities in public and private industry.