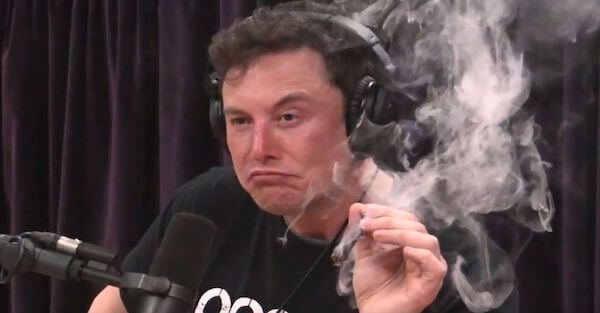 An insane event on March 2, 2017 likely signaled the top of the current market…

On that day, shares of Snap (SNAP), owner of the popular Snapchat app, went public at a valuation of more than $30 billion.

But it wasn’t the sky-high stock price that made this IPO special. Nor was it the fact that the company’s co-founders, 26-year old Evan Spiegel and 28-year old Bobby Murphy, became multi-billionaires overnight.

What made this IPO special was the fact that it was the first time in US market history that a company publicly offered shares with absolutely ZERO voting rights.

Snap clearly highlighted the fact in its pre-IPO documents… “to our knowledge, no other company has completed an initial public offering of non-voting stock on a U.S. stock exchange.”

Still, investors piled in, knowing they were buying nonvoting shares… essentially granting totalitarian control of the company to two kids.

Spiegel, the CEO, and Murphy owned nearly 90% of the voting shares. And that gave them COMPLETE control over every major decision the company made, from appointing board members, to a possible sale, to compensation…

Only upon their death would they lose control of Snap (or if they both sell more than 70% of their stock).

If you think about it, there aren’t many people in the world with that kind of power over their constituents.

Kim Jong Un comes to mind… now there’s a guy who can do whatever he wants. But even a general could potentially come and take power from Un.

And then there’s Putin.

At least Putin stands for reelection. Yeah, they may be fixed elections, but at least he pretends.

Then there’s Evan Spiegel. He’s basically at the helm of Snap for as long as he wants. He’s more enshrined than Kim Jong Un.

In my mind, nothing better summarizes the godlike status we mere mortals have placed on Silicon Valley visionaries than the Snap IPO.

Tesla founder Elon Musk is another guy that comes to mind.

His shareholders and bazillions of Twitter followers truly believe this guy is the second coming.

And a big driving force behind tech stocks during this bull market has been the adherence to this cult-like following… a blind faith and belief that the visionary behind a company is going to change the world.

But I believe we’re starting to see that faith is being tested.

Musk has made headlines a lot recently for his erratic behavior… like calling someone a pedophile, making fun of analysts on earnings calls and saying that he’s taking Tesla private when in reality, he’s not.

And that’s in addition to the founder continually overpromising and underdelivering, in particular when it comes to hitting manufacturing deadlines.

Still, his followers marched on, unwavering in their faith.

But the latest snafu seems to have shaken them…

Last week, Musk made headlines for smoking pot on a live broadcast with Joe Rogan.

Tesla stock fell over 6% on the news (which also included the company’s accounting chief stepping down after one month on the job).

I want to be clear. This isn’t about whether or not Elon puffed weed. Honestly, who cares. It’s just a plant.

What’s important is that this is more demonstrably erratic and manic behavior from the visionary founder. He’s just showing A LOT of inconsistencies.

And in addition to Tesla, the government is gunning for Zuckerberg and Facebook. Snapchat is proving to be a disastrous investment (down nearly 65% from its IPO). WeWork bonds just got downgraded to junk…

This is a MAJOR turn that’s taken place over the last couple of months. And if tech stocks go down, the market is going with it.

Tech stocks, in particular “FAANG” stocks – Facebook, Amazon, Apple, Netflix, Google – have been holding this market up for a long time.

Tech stocks have been responsible for around 95% of stock market gains this year.

Amazon alone was responsible for more than one-third of the S&P 500’s gains.

In addition to investor’s losing faith, the government is also breathing down the necks of these tech giants…

And now companies are viewing their visionary founders as liabilities… Apparently investors and boards have woken up to the fact that these guys are fallible (and mortal), so there’s more talk of key man risk insurance should anything happen to them.

It’s been nothing but buttercups and unicorns for tech stocks these past few years. And these recent developments go to show you, everything moves in cycles. And we may be entering a downcycle in tech.

This is a significant development you should be paying attention to.

In a market that’s been bid sky high based on faith and not fundamentals… a loss of faith can be catastrophic.