Even Warren Buffett gets it: They’re coming for your money 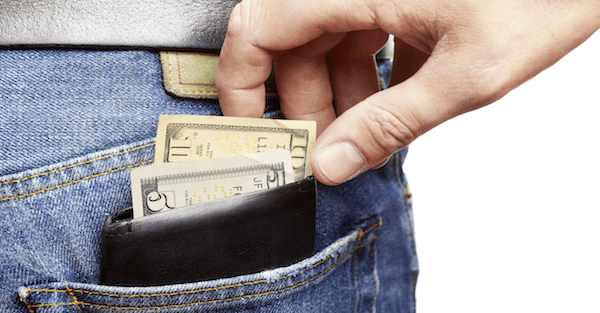 By the year 1380, the Hundred Years’ War between England and France had already been raging for decades.

And the war wasn’t going very well for England.

France had managed to recapture most of the territories they had lost early in the war; meanwhile French naval fleets were ravaging the coastline of southern England and destroying English commercial vessels.

To make matters worse, England had recently been devastated by the Bubonic Plague, which killed nearly a third of the population.

Most of England’s military leadership was dead. And the country’s new King was just a 13-year old boy known as Richard II.

The costs of the war were mounting, and England was rapidly running out of money.

The government had previously borrowed enormous sums to finance the war effort, pledging the Crown’s jewelry as collateral. They were close to being forfeit.

Taxes had continually been raised in England throughout the previous decade to help pay for the war, including a poll tax in 1377, and a second poll tax in 1379.

That second poll tax was an early form of progressive taxation in that the wealthy paid a much higher amount.

As an example, archival English tax records from 1379 show that, in the town of Thuxton in Norfolk county, the wealthiest resident (Sir Roger de Wylasham) paid FAR more tax than everyone else COMBINED.

Elizabeth Warren, Bernie Sanders, and AOC would probably say this is still not enough…

And it wasn’t. Because England still needed money.

So in November 1380 they levied a THIRD poll tax on the population, to be collected from every English subject over the age of 15.

And this time enough was enough. Everyone– noblemen and peasants alike– were sick and tired of rising taxes.

Most people took steps to evade the tax altogether, while a great many others engaged in full-blown, armed insurrection.

In the city of Brentwood, townspeople stoned the tax collectors. In the town of Bury, one was relieved of his head.

In June of 1381, a mob swarmed into the city of London and burned down the tax assessor building.

Point is, people were pushed too far. And this is a familiar story in the history of our species.

Even in the very early history of the United States, the embryonic US government was facing insolvency due to debt payments from the Revolutionary War.

So Alexander Hamilton convinced Congress and George Washington to impose a tax on whiskey.

That pushed people over the edge, resulting in a bloody revolt that became known as the Whiskey Rebellion.

It’s the same formula: a financially desperate government resorts to plundering their citizens, and eventually push them too far.

Our modern-day pantheon of Socialist nitwits consistently fails to understand this key lesson from history.

They think they can raise taxes without limitation. They have no understanding of basic human psychology… that they can, and will, push people too far.

Earlier this week an unlikely champion of common sense emerged in none other than Warren Buffett.

In a live interview with CNBC, Buffett spent several minutes on the dire public pension crisis in the United States, calling it “a disaster.”

Buffett stated the obvious: those governments are sitting on enormous liabilities, and they’ll soon be under pressure to fix their broken pensions by radically raising taxes.

Buffett further mused that it would be foolish for a business to invest heavily in a state with massive underfunded pension liabilities, knowing that the state would eventually resort to extreme taxation:

Buffett’s business partner Charlie Munger was even more direct in an earlier interview with CNBC, saying that places like New York City and California have been “pretty dumb” for “driving the rich people out.”

Buffett agreed, saying that states like Texas and Florida (which have no state income tax) are very attractive to wealthy people.

And that’s precisely the point. It’s 2019. People don’t need to tar and feather their tax collectors (as they did during the Whiskey Rebellion in 1791), or pick up a cross bow to defend themselves as they did in 1381.

Wealth, capital, businesses and people are all mobile and are free to move where they are treated best.

That’s the reason I’ve spent the last decade of my life overseas, and why I established residency in Puerto Rico last year: the tax benefits are unparalleled.

US citizens living abroad can earn roughly $105,000 per year, tax-free, through the Foreign Earned Income Exclusion, plus another substantial tax deduction on housing costs.

And as we’ve discussed several times before, Puerto Rico’s tax incentives mean paying just 4% on business income, and absolutely nothing on investment income.

Buffett is absolutely right: the public pension situation is a complete disaster.

And by the way, the pension crisis is worldwide.

These governments are going to have to raise a lot of money. They’re going to raise it from you. And they WILL push too far. That much is inevitable.

So you can either recognize this simple reality and make an intelligent plan to minimize their destruction. Or learn how to use a crossbow. I strongly recommend Option 1.