Exhumed remains of Karl Marx to run for US President 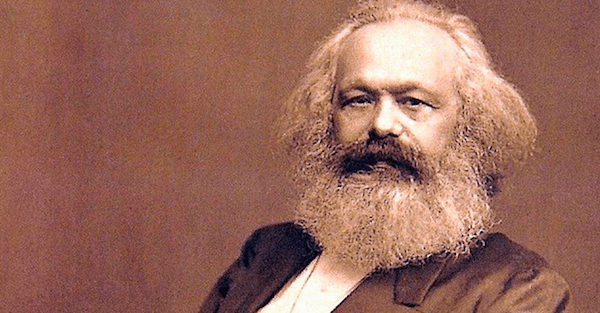 Earlier this morning, New Jersey Senator Cory Booker became the latest socialist to throw his hat in the ring for the US Presidency…

He announced his candidacy with a new website and two-minute video full of the usual collective hoopla.

Bear in mind that Booker raised taxes by 20% while serving as mayor of the City of Newark, and as Senator he has been vocally in favor of everything from nationalized healthcare to so-called ‘baby bonds’ where the US Treasury manages savings accounts for new-born babies.

Booker joins an unparalleled group of socialists that are all coming for your wealth… Kamala Harris, Elizabeth Warren, and Kristen Gillibrand.

And like the other candidates who have already called for a 70%+ progress income tax and a flat tax on wealth, Booker will no doubt support higher taxes.

(Booker has already proposed an increase to the US federal estate tax, a.k.a. ‘death tax’, to an unbelievable 65%!)

I mean… this group is so socialist I’m starting to think that someone is going to enter the exhumed remains of Karl Marx into the US Presidential race.

If you’ve been reading Notes, you know I believe the rise of socialism is one of the most important and threatening themes today.

There’s a big reason for this: wealth and income inequality continue to grow.

Over the last ten years, wealth of the richest billionaires more than doubled. Meanwhile the total wealth of the bottom 50% of the world’s population shrunk by 11% just in the last twelve months.

It’s always important to understand that this is nothing new. Throughout history, wealth has always been amassed by a small minority through either talent, brains, ambition, graft, or dumb luck.

And time is generally on their side. Wealthy people become wealthier year after year because they’re able to invest almost all of their net worth.

The average person in the middle class or working class can’t do that– they earn a fixed salary and have to spend almost all of it (if not more) on living expenses, leaving very little capital left over to invest.

They also have very little time left over to start a new business, or even learn new skills that could lead to higher income.

So their situation stagnates, especially as inflation creeps higher. Meanwhile the wealthiest individuals can keep reinvesting and compounding their gains.

But 6,000 years of human history shows us that whenever too much wealth becomes concentrated at the top, it always gets redistributed by either socialist policies or violent revolution.

These are all wonderful concepts. But somebody has to pay for it all.

Already, even with an economy that’s been booming for the past several years, the US government is $22 trillion in debt and running $1+ trillion deficits. A recession, which is becoming more likely by the day, on its own would push the deficit into multi trillions of dollars.

And a host of socialist programs would send the thing into orbit.

This trend is only building. We’ll soon be living through one of the greatest redistributions of wealth in modern history.

The real insanity here is that, again, history shows that these approaches don’t work.

Elizabeth Warren wants to implement a wealth tax. But wealth taxes don’t work. Even Denmark, which people love to hold up as the shining example of Socialism, dumped its wealth tax because it just doesn’t work

But hey, why let facts get in the way of a terrible idea?

These people also want the government to run America’s already-crumbling healthcare system… because, if you can’t trust your life to the folks who spent $2 billion on a failed website, who can you trust?

To borrow from an old World War I saying, right now the situation is serious, but it’s not hopeless.

There’s still time to buttress your life and your livelihood against the second coming of Karl Marx.