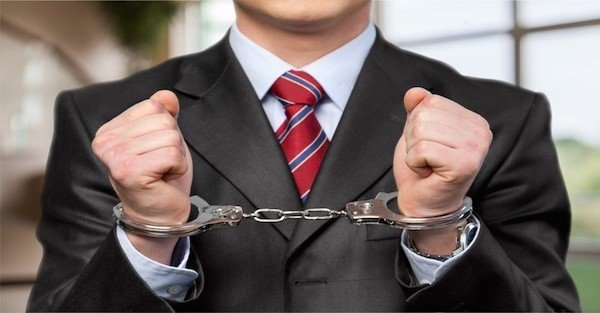 I’ve been traveling for the past ten days with a group of friends, one of whom is a highly accomplished entrepreneur.

Several years ago Michael started an automated domain business that used special software to buy domains, find the most likely buyer, and then sell them.

Then it would scan online domain records to determine the most likely buyer of that domain… perhaps the owner of XYZ.net.

His software would then send that person an email offering them XYZ.com at a pre-determined price.

If the prospective buyer accepted, he or she could click on a link in the email and purchase XYZ.com.

The beauty of Michael’s business was that it was almost 100% automated; his software was able to do just about everything without the need for human involvement.

Michael’s business was a huge success, and his software sold countless domains over the years.

But he told me the most incredible story a few days ago.

Recently someone brought legal action against him, claiming to have been victimized by a phishing attack that originated from one of Michael’s domains.

After that Michael sold the domain to someone else, after which it was resold again and again until, finally, in 2015, the then-owner of the domain used it to engage in phishing attacks.

So Michael was being blamed for a phishing attack that occurred six years after he sold a domain that he had only owned for about 30 minutes.

Any rational person would step back and say “OK, Michael couldn’t have possibly been the hacker. Maybe instead we should find out who owned the domain at the time of the actual attack.”

Michael contacted the claimant’s legal team, showed them his proof, and tried to reason with them. But the lawyers wouldn’t budge.

Attorneys know that they can bring a lawsuit against anybody for any reason, even when it is completely baseless and without grounds.

They also know that, for most people, the prospect of being sued is terrifying… not to mention incredibly expensive.

Even if they haven’t done anything wrong, most people will settle and make the problem go away rather than risk a prolonged and uncertain court battle.

The judicial process is so draining and time consuming that even if you win, you still lose.

Those lawyers took one look at Michael and saw a successful person who could afford to settle, so they went after him.

It’s basically blackmail… but it has sadly become a cornerstone of the phony justice system in the Land of the Free.

It’s also a reflection of modern social values. Success used to be admired. Now it’s viewed with suspicion and derision.

After all, in the words of the President of the United States, “you didn’t build that…”

Success also puts a target on your back– lawsuits, taxes, etc.

The more successful you become, the more the system tries to take it away from you. These are entirely the wrong incentives if you want a prosperous society.

By the way, this is not a risk that only affects the super wealthy.

Never forget that if you pay any tax at all, you’re already richer than 50% of your fellow countrymen.

Or if you have a net worth that’s above zero, you’re already wealthier than your government.

Sure, it’s possible that you may go your entire life without any legal trouble. And if so, congratulations.

But it’s dangerous to dismiss such an obvious risk, especially if you live in the most frivolously litigious country that’s ever existed in the history of the world.

If you ever do run into legal trouble, by then it will be too late to do something about it.

Any court in your country can put liens on your assets, garnish your wages, and even levy your bank account.

Why take the risk?

A good asset protection strategy is like putting ‘the club’ on your steering wheel.

There’s nothing that’s going to discourage a truly determined thief… but most of the time when they see how protected you are, they’ll just move on to an easier target.

For example, it’s possible to establish trusts and LLCs in certain jurisdictions (both foreign and domestic) whose laws make it very difficult for frivolous creditors to steal what you’ve worked so hard to build.

Ambulance-chasing attorneys know that it’s too costly and difficult to go after assets held in those types of structures, so, like a common thief, they’ll typically just move on to an easier target.

In addition to being a deterrent, a good asset protection strategy also reduces the impact in case that common thief actually does try to steal from you.

Holding some assets in a protected structure or location ensures that, even if a court seizes everything within its jurisdiction to satisfy a judgment against you, you’ll still have a rainy day fund set aside.

This is why people often buy a home in Florida, for example, which has laws ensuring that your primary dwelling cannot be seized.

There are countless attorneys who charge obscene amounts of money to structure a complex asset protection plan.

But most people don’t need to spend a dime.

In reality you can derive tremendous benefit from simple ideas that have minimal carrying costs– like keeping a rainy day fund in physical cash or gold, both of which can be held anonymously and privately.

It definitely makes sense to explore the options. After all, there’s very little downside in making it more difficult for frivolous claimants to steal from you.