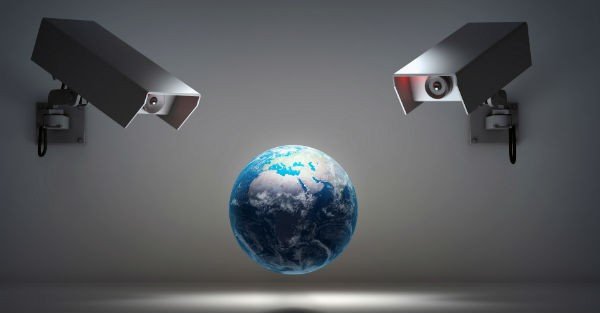 This one is almost too sensational to be real. Almost.

I’ve written to you before about the Financial Crimes Enforcement Network (FinCEN), an agency of the US Treasury Department that chases around people they suspect of committing financial crimes.

FinCEN is completely unconcerned, for example, with the likes of Jon Corzine, who was at the helm of MF Global as it committed some of the worst financial fraud in history.

FinCEN has also not investigated any major US bank executives for their part in manipulating commodity prices or selling out customers to high frequency traders.

Nor have they raised an eyebrow at ratings agencies for gross negligence in slapping AAA ratings on toxic debt securities (which played a key role in destabilizing the banking system.)

Nay. To FinCEN, these are all trivial issues. Instead, the agency has an unhealthy obsession with rooting out little guys they think might have committed victimless crimes.

One of their favorite victimless crimes is failure to file ‘suspicious activity reports (SARs)’; this is a form that the US government demands of essentially any business that deals with paper money.

In other words, the government demands all these organizations to be its unpaid spies. They all have quotas. And if any should fail to file a SAR, they’ll receive a visit from FinCEN.

Let me put this more clearly: even if a banker doesn’t feel like anything suspicious has happened, s/he is still required to file a minimum quota of SARs.

If you walk into a bank and say or do anything that’s slightly out of the ordinary, or simply different than the rest of the bank’s customers, chances are they’ll file a SAR.

FinCEN’s statistics show, in fact, that there has been a surge of SARs filed on bank customers who have conducted any Bitcoin-related transaction (i.e. transferring funds from a bank account to CoinDesk).

I used to know a broker who thought this requirement absurd and immoral. And in order to save his clients’ privacy, he would file all the SARs against himself.

But such values are unfortunately rare. Most bankers, brokers, etc. simply accept the duty of being an unpaid government spy. They’ll smile to your face and then file a SAR because you had the audacity to do something different.

I remember one FinCEN case in which they went after a remittance business in Chicago; the proprietor had been in business for decades and knew each of his customers personally.

He knew their circumstances, what they were doing, who they were sending the money to, etc. Many had even become personal friends. So he didn’t file any of the reports. FinCEN threw the book at him and ran the poor chap out of business. Totally disgusting.

But now comes a new case that takes the cake.

A few days ago, FinCEN enthusiastically announced that they had been working on a CRIMINAL investigation against a casino based in the Western Pacific… thousands of miles from US shores.

FinCEN had apparently sent some of its agents undercover to the Tinian Dynasty Hotel & Casino posing as hard-gambling, wealthy Russian businessmen.

These undercover agents indicated that they wanted to bring in large amounts of cash to gamble at the casino, and expressly requested that the casino not report the currency transactions.

The casino agreed. After all, why would an offshore casino bother reporting anything about Russian nationals to the US government anyhow?

But such logic does not factor into FinCEN’s motivation. So they slammed the casino’s VIP Services Manager (a guy who’s not even a US person) for not filing any SARs.

There’s so many things wrong with this it’s hard to know where to begin.

Yet FinCEN is wasting taxpayer resources sending undercover agents to entrap some offshore casino, and they act as if they’ve infiltrated a major terrorist organization.

This is practically secret police stuff… all because a non-US person working overseas didn’t file a meaningless report on Russian businessmen.

Amid all the debt, graft, and incompetence that’s so prevalent today in government, this is another sad testament to the direction that things are headed.