Four signs the dollar hit its peak in January 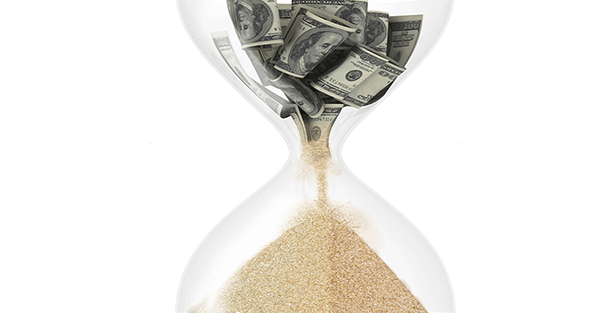 Maybe it’s greed. Or fear. Or blatant irrationality. But there’s something inside human nature that makes us think unsustainable situations can last forever.

One of those has been the meteoric rise of the US dollar, particularly over the last year. The dollar became king once again in 2015, towering over oil prices, gold prices, and just about every other currency on the planet.

The South African rand, the Colombian peso, the Canadian dollar, the Australian dollar, the Singapore dollar, the euro, the pound. Each of these has reached a multi-year, multi-decade, or even all-time low against the US dollar within the last several months.

This, clearly, is not sustainable.

As I’ve written several times in this letter, the dollar has become the most overvalued currency in the world.

I gave an example last summer of a round-the-world airline ticket, which when priced in US dollars cost about $14,164.60.

The exact same ticket, when priced in South African rand was 81,395 rand, which back then was just barely over $6,000.

It’s such an amazing difference—the exact same ticket costs over twice as much when priced in US dollars… an obvious sign that the dollar is overvalued.

I also noticed this as I traveled where countries like Australia, Canada, Singapore, and the UK were suddenly “cheap”.

It’s completely absurd that the currency issued by the greatest debtor to have ever existed in the history of the world would enjoy such unsustainably false strength.

For anyone with a global view, however, this has been an amazing opportunity to buy high quality foreign assets at a steep discount.

We’ve talked about places like Colombia for years, where beautiful properties can be picked up for far less than the cost of construction.

With the US dollar’s dramatic overvaluation against the Colombian peso, these properties are even cheaper.

We’re seeing similar phenomenon all over the world in stocks, property, and private businesses.

But looking at the data, it appears that this dollar bubble may have started to burst, or at least peaked, in January. I’ve noticed four clear signs that indicate this.

Over the last 60 days, most currencies around the world, from the Chilean peso to the Singapore dollar, to the Australian dollar have surged against the US dollar.

Oil prices are up, and gold is having its best year since 1980.

Emerging markets, which have been in the dumps for more than a year, have roared back; the MSCI Emerging Market Index is up roughly 15% since January.

No one has a crystal ball, and it’s certainly possible that there will be another surge back in to the US dollar for a short time.

But this recent dollar weakness is a clear reminder that what goes up must come down.

Don’t be too concerned if you missed the top. There’s still an incredible amount of opportunity out there to buy cheap, high quality foreign assets.

I just acquired a business in Australia in a deal that took way too long to complete; over the last few months the Australian dollar climbed from 70 cents to 75 cents.

But even at 75 cents, the business was still a huge bargain in US dollar terms; plus it’s still well-below the long-term average for the Australian dollar.

(I’m still quite optimistic about other opportunities in Australia.)

It’s the same all over the world; currencies everywhere are starting to appreciate, particularly in rapidly developing countries.

Don’t miss it this time. There’s still a tremendous opportunity to make money.

Even with a smaller amount of savings, you can use this dollar bubble to your advantage by investing in corners of the world where there’s pockets of extraordinary value.

PS. For those interested in taking action on this, be sure to read my colleague Tim Price’s article on two of the most exciting emerging markets right now.