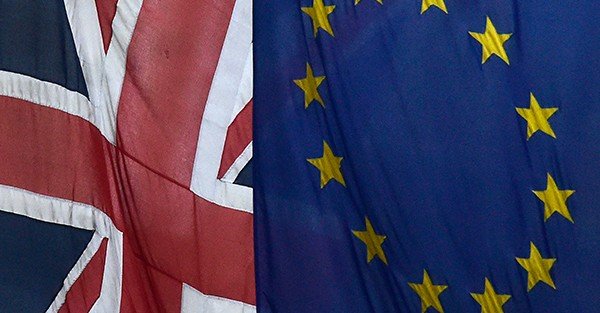 “How foul this referendum is. The most depressing, divisive, duplicitous political event of my lifetime. May there never be another” – Tweet from the novelist Robert Harris.

…Free of further campaigning, for the time being, if nothing else. By the end of this week, the entire British nation will enjoy a collective sigh of relief. If there is any natural justice, the EU referendum will have swung in favour of sovereignty and against totalitarianism but, whatever the outcome, at least the campaigning, from both sides, will be over. For politicians, economists, political hucksters and the various news media, this was not their finest hour.

The European Union has become a slow motion collision between magical thinking and wishful thinking. The project is a mirror favouring selective vision, in which observers of whatever background or political stripe see deeply what they want to see but are blind to the project’s more obvious failings. Pacifists see a social construct that has kept peace between Europe’s various warring factions – notably France and Germany – for over half a century, but fail to notice, or for that matter much care about, the youth unemployment rates in the periphery of the euro zone. Advocates of free movement praise Schengen and turn a blind eye to the bodies of immigrants washing onto the shores of Greece and Italy. Supporters of Big Government see a political union that is already huge and continuing to expand, and pay scant heed to the rising cost of regulation that others must bear. Fans of bureaucracy – typically quasi-monopolistic big businesses and the ever-popular banks – see an integrationist scheme that raises the barriers to entry against smaller competitors and engulfs them in red tape, but they ignore the decline in relative economic power, whereby the EU of 1980 accounted for 30 percent of the world economy, while a much larger EU (by population) accounts for just 17 percent of world trade today. For those at the top of the pile who suckle off the teat of the State or the multinational, life is good. There are apparently 10,000 functionaries in the EC earning more than the British Prime Minister. For those obliged to fund this parasitical class, be they taxpayers, small businesspeople or entrepreneurs, or all three, the commercial ‘success’ of the euro zone looks a good deal more questionable. But in the end, whatever the posturing, it really came down to a simple decision on the part of the electorate: should the ideal State be larger, or smaller ? ‘Leavers’ may have seemed either reckless or romantic, but ‘Remaniacs’ have displayed a chronic lack of self-belief.

And the tone of the debate, of course, has been horribly off-key, and it worsened even before the terrible murder of MP Jo Cox. There has been a constant tide of fatuous self- serving pronouncements from both sides, but if ‘Remain’ do win, it will not be because they staked out the high moral ground. They undermined it. As Bloomberg’s Mark Gilbert points out, the campaign to keep Britain in the EU has continually favoured intimidation over persuasion. Where misinformation has not done the job, mud-slinging has taken over.

Suppose that the Leave campaign, which one might call Project Lie, wins the referendum next week.

How bad might the economic consequences over the next few years be ? Alas, they might be very bad indeed.

The very same Martin Wolf was the author of ‘The Resistible Appeal of Fortress Europe’ (The Centre for Policy Studies / The American Enterprise Institute, 1994), in the foreword to which the late Keith Joseph wrote,

In this erudite essay, Martin Wolf explores the techniques the European Commission and its subordinate bodies use to inhibit and distort the free movement of goods and services. It is a paradox that an entity conceived in The Treaty of Rome as a liberal force has evolved into being a protectionist one. Supra-national protectionism is not new to the theatre of politics. Imperial Preference was the same illusion based on a different geography.

Mr Wolf is Chief Economics Leader Writer for the Financial Times so we are grateful to him from diverting from his daily demands to take time to explain the manner in which the European Union is wandering far from the ideals of liberal open markets.

Mr. Wolf is entitled to change his mind. As both journalist and ‘economist’ he hardly has a choice but to, on an ongoing basis. Ralph Waldo Emerson advises us that a foolish consistency is the hobgoblin of little minds. Mr. Wolf seemingly prefers the philosophical flexibility of his muse, Keynes, which allows his attitude towards the bigger issues to swing in the wind like a Marxist weathervane.

The Referendum campaigns have stirred up muddy waters that, with hindsight, might have been better left untouched. They have done grave damage to political relations across party lines – and may have scuppered the political futures of numerous members of the Cabinet. With any luck they have also sounded the death-knell for economic forecasting, which after months of ridiculous claim and counter-claim, opinion loudly obliterating fact, now has all the style and credibility of a banshee on crack.

And there are still four days left for those undecided to make up their mind. We recommend two books for those searching for considered answers rather than shrill assertions: Daniel Hannan’s ‘Why vote Leave’ and Roger Bootle’s ‘The Trouble With Europe’. For those in search of hard facts and reasoned arguments as opposed to economic fictions, these two works do not disappoint. The following quotation is taken from the former.

The euro must be maintained, regardless of the cost in higher unemployment and lost growth. Schengen, too, must be upheld, regardless of the impact on security or, come to that, refugee welfare. Whatever the question, the answer is always ‘more Europe’.

Does that have to be the answer for Britain, too ? Having tried and failed to convince our friends to go in a different direction, must we submit ourselves to their project ?

Surely we can do better.. If we cannot lead by persuasion, let us lead by example.