Get Ready– they’re coming for your money 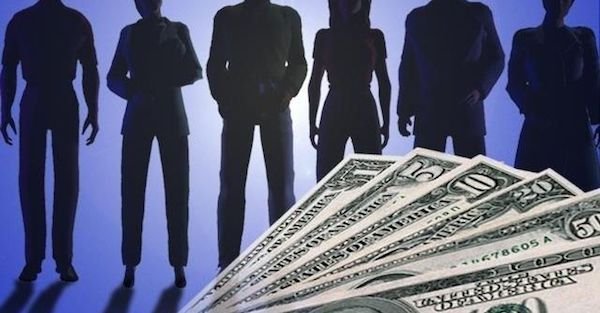 Every so often throughout history, the peasants grab their pitchforks and come for the elite. It happens when the wealth gap grows too extreme… when people feel like they are getting left behind, with no opportunity to advance.

Central banks around the world have printed trillions of dollars over last decade, and pushed interest rates to zero, and sometimes below. And all of that stimulus went directly into the pockets of the wealthy.

$8.9 trillion is a massive, almost incomprehensible amount of wealth.

But it really shouldn’t be that surprising if you think about it… these people are wealthy for a reason. Typically, they are pretty good at making money. And with the snowball effect, if you give them more time, they will probably make even more.

For the last ten years, we’ve seen a huge asset price inflation in everything from the stock market, to bonds and real estate, and even fine art and wine.

But if you’re a wage earner without assets, you’ve been left out. Wages and median household wealth have stagnated.

And this is a global issue…

The combined wealth of the poorest half of the world–3.8 billion people–fell by 11% just last year, according to Oxfam, a group working to alleviate poverty.

The New York Times claims the richest 8 people on the planet have more wealth than the poorest 3.8 billion.

And Forbes says the 3 richest Americans have as much wealth as the poorest half of the country’s population.

People feel trapped, like they have no path to prosperity. They see money thrown around by the government, and the rich. They see stocks and real estate boom… but where is theirs?

It’s this lack of MOBILITY that really gets the masses worked up.

3.4 billion people got poorer last year.  How many more stayed exactly where they were, or barely budged? The vast majority of the global population is the same or worse off than they were 12 months ago.

I’m not trying to sound like some radical, left-wing, social justice warrior. I just know that throughout history, whenever the wealth gap gets large enough, it corrects.

We’re starting to see this in America today.

What he meant was that the people who earned the money shouldn’t get to keep it.

Then there’s the new star of Congress, Alexandra Ocasio-Cortez. She supports hiking income taxes up to 70%, providing free medical care, free college, a chicken in every pot and a unicorn in every garage.

And, of course, she blames capitalism for everything wrong with the United States… and says “it will not always exist in the world.”

Ray Dalio, manager of Bridgewater, the world’s largest hedge fund, is hobnobbing with the global elite at a Swiss ski resort in Davos. He says that among the attendees, the ideas of this 29-year-old freshman Congresswoman are actually taking root.

Somewhere between 73% and 80% is the optimal tax rate he says. Under his plan, the government will graciously let you keep up to 27% of what you earn.

Unfortunately, the public likes what it hears.

According to Gallup, 51% of 18-29 year olds view socialism favorably.

Only 45% view capitalism positively. That’s down from 68% in the same age group just a few years ago.

And membership in the Democratic Socialists of America has swelled 7x just in the last two years.

Their candidates are certainly crowding the 2020 primary.

There’s Elizabeth “you didn’t build that” Warren. Bernie Sanders and his tens of trillions of dollars worth of promises for free-stuff.

Former Obama cabinet secretary Julian Castro is one Presidential contender who wants “free” two-year college. Like Bernie, he has also endorses Medicare for all, a government run socialized healthcare scheme.

Other likely contenders, Senator Corey Booker and Senator Kirsten Gillibrand, want a federal guaranteed jobs program to hand out cushy government job with benefits to anyone who wants one.

And now Kamala Harris is officially in the race.

Harris is a Senator from who will undoubtedly appeal to the socialist uprising. Already she endorsed AOC’s call for a 70% tax rate, and won’t rule out BANNING private car ownership to address climate change.

Her campaign slogan is “For the people.” And the campaign colors are red and yellow… just missing the hammer and sickle.

(Insert imagine of hammer and sickle)

All of these candidates want to take your money and redistribute it to the people who keep them in power. It is SO obvious what is going to happen next.

There will be more government spending that they can’t afford. More bureaucracy, more central planning…

As de Blasio said, he thinks people have a socialistic impulse which makes them want the government “to determine which building goes where, how high it will be, who gets to live in it, what the rent will be.”

And unfortunately the statistics are supporting this view.

These are the new socialist candidates for the presidency who all promise to take your money and do with it what they see fit.

It drags everyone down, and lifts up only the politically connected. We’ve seen it a million times before, across the world, throughout history.

Unfortunately, it seems like the trend of American socialism is picking up steam.

These Presidential candidates (along with a large chunk of American voters) are determined to turn America into yet another failed experiment in socialism.