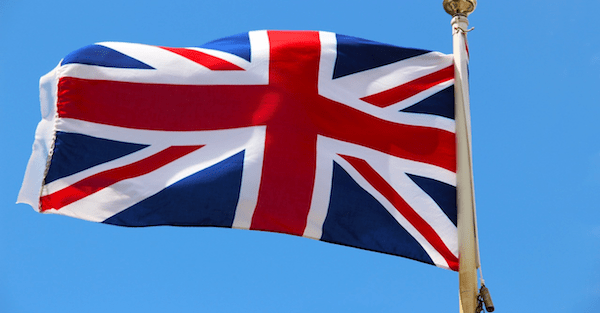 Got UK parents or grandparents, but previously weren’t eligible for UK Citizenship By Ancestry? Thanks to a number of significant incoming changes to the country’s citizenship law, you may soon be able to get your British passport after all. Let’s get into the changes below.

Tens of thousands of additional people could soon qualify for British citizenship, thanks to incoming legislative changes…

Given Britain’s past leading role on the world stage, combined with its still powerful currency, demand for its ancestry based citizenship program grew meteorically over time. In addition, the British passport, which currently offers visa-free access to a whopping 158 countries worldwide, has been in high demand as a travel document for many decades.

Hence, modern-day Britain amended its immigration laws and the criteria for settlement (and citizenship) with a view to manage the influx of immigrants from across the former British Empire.

(The British passport notably offers visa-access to the US, the Schengen Area and Canada, scoring an excellent “A-Grade” in the Sovereign Man Passport Index.)

Over time, the British government implemented a raft of discriminatory requirements that penalized certain applicants that wanted to apply for citizenship via their British ancestor.

We will not go into all details of how UK Citizenship By Ancestry works. It is amazingly complicated, and also depends on when exactly you and your parents were born, whether you’ve lived in the UK, etc.

What you need to know, however, is that the gender of your British ancestor played a role, as well as whether you were born outside of wedlock or not.

So in 2022, with a view to address these historic injustices and discrimination, the British parliament passed a number of legislative changes under the so-called “Nationality and Borders Bill”.

Here are some of the relevant rules that are about to change:

If your mother was a British citizen, but your father was not, you’d be out of luck. And the same scenarios would apply to earlier generations of your British ancestors, which would have precluded them from becoming British nationals (and, therefore, from passing their nationality to you).

The incoming legislative changes seek to address this systemic discrimination. So in the near future, you should be able to register for British citizenship even if your British parent(s) were unmarried at the time of your birth, or if only your mother or an earlier female ancestor were British.

As of this writing, official guidance pertaining to these intended changes are still fairly sparse, but we’ll revisit this topic in due course.

It is also expected that the new legislative changes will make it easier for adopted children to qualify.

If you’ve got British roots, your chances of becoming a British citizen has just been given a serious boost. But between the incoming changes and the legacy regulations, assessing your eligibility will likely be quite complex.

It may therefore be worthwhile consulting with an immigration firm specializing in British ancestral citizenship applications. (SMC members, feel free to reach out to us if you’d like us to put you in touch with our vetted supplier in the UK).

Moreover, given that a second passport – and a British passport, in particular – is such a powerful addition to your Plan B, it would absolutely be worthwhile investigating this, even if your ties to the British Empire go back to your great-grandparents.

NOTE: Sovereign Man: Confidential members can access our series of in-depth Black Papers covering most of Europe’s Citizenship By Ancestry programs. Packed with step-by-step guidance and the most up-to-date requirements, these reports can help you navigate an ancestral citizenship application with ease.

To gain access to these Black Papers and a wealth of intelligence reports covering every aspect of how to build your own robust Plan B, join SMC today.

PS: Sovereign Man: Confidential members – you can look forward to an in-depth update on the UK’s Citizenship By Ancestry changes in the near future, so stay tuned…