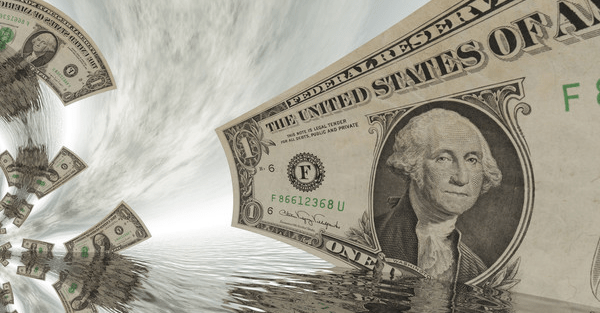 “This is a global problem,” said billionaire hedge fund manager Ray Dalio yesterday to a packed audience of central bankers.

“Japan is closest to its limits, Europe is a step behind it, the US is a step or two behind Europe, and China is a few steps behind the United States.”

I can only imagine the mood in the room was a bit tense after that comment.

Rather than gush about how wonderful the Fed’s zero interest rate policies have been since the financial crisis, Dalio gave them a fire hose of reality.

His primary thesis was that the debt supercycle that has lasted for decades is coming to an end, and that there’s going to be a “big squeeze”.

“The biggest issue,” he said, “is that there is only so much one can squeeze out of a debt cycle, and most countries are approaching those limits.”

The largest economies in the world– Japan, Europe, the United States, and China are racking up record amounts of debt and absolutely nearing those limits.

Just this morning the International Monetary Fund warned that global debt has hit an all-time high of $152 TRILLION.

That’s an astounding figure that’s nearly TWICE the size of the world economy.

But it’s more than that, because in addition to nominal debt, there are further obligations that must be paid– like healthcare and pension programs which are largely underfunded.

We’ve been discussing this a lot lately; in the US, Social Security is completely underfunded and will become cashflow negative in just a few more years.

Soon after it will entirely run out of money.

Dalio summed it up by telling his audience, “There are too many promises that can’t be kept, not only in the form of debt, but also in the form of health care and pension costs. . .”

In other words, not only is government debt, corporate debt, and household debt at record levels worldwide, but pension and healthcare obligations have become impossible to pay.

Bear in mind that all of this is happening at a time when economic growth and productivity are slowing.

This means that while debt is piling up, the ability to service those obligations is actually decreasing.

Central bankers have been desperately trying to hold the system together by keeping interest rates at record lows and printing trillions of dollars.

But as Dalio pointed out to his audience of central bankers, their strategy is also “approaching its limits.”

Yesterday we discussed why central banks are between a rock and a hard place.

But if the Fed does raise interest rates, they’ll cause a massive decline in asset prices, and potentially even engineer the recession that they’re trying to prevent.

Dalio again: “[I]t would only take a 100 basis point [1%] rise [in interest rates] to trigger the worst price decline in bonds since the 1981 bond market crash.”

So no matter which direction central banks go, i.e. to raise or not to raise interest rates, there are severe consequences.

This is why Dalio expects a “big squeeze.” And it won’t be pretty.

A crash in bond prices could easily wipe out bank balance sheets around the world, especially across Europe where most of the banks are already insolvent.

This is the reality of our financial system, not some theory or conjecture. It is dangerously overleveraged and quickly reaching its limits.

And as Dalio began his remarks, it’s no longer controversial to make these assertions.

The question is– what to do about it?

The most important thing is to have some perspective. The world isn’t coming to an end.

Make no mistake, the consequences are severe, especially for the unprepared. But our species has suffered far worse incidents than the collapse of a debt supercycle.

Moreover, there’s nothing that’s going to happen immediately. China, Japan, Europe, and the US aren’t going to default tomorrow morning.

This is a slow-moving train where the consequences pile up little by little.

Today we can already see early stage capital controls in Europe, corporate defaults in China, multiple debt-ceiling crises in the US, and negative interest rates around the world.

None of these things existed ten years ago. And in a few more years, today’s financial conditions will seem tame by comparison.

Yet while this snowball keeps getting bigger, no one can possibly predict precisely WHEN or HOW it will finally strike.

That’s why perspective is so important.

Anyone who hunkers down expecting the financial apocalypse could be waiting a while… and simultaneously missing out on some compelling opportunities.

Similarly, people who delude themselves into believing that everything is going to be just fine will likely have their entire lives turned upside down by an erupting financial crisis.

It is possible to strike a balance.

As an example, we’ve talked a lot about holding physical cash.

If the objective data proves that your banking system is illiquid and questionably solvent, then why take the risk and keep all your money there, especially when all you’re being paid is 0.1% interest anyhow?

You can take a LOT of that risk off the table by simply withdrawing a few months worth of savings and holding some cash.

Similarly, if you know that your currency is underpinned by record amounts of debt and promises that are impossible to keep, why not take some of that risk off the table with an asset like gold that has a 5,000 year history of preserving wealth?

It’s hard to imagine you’ll be worse off holding a bit of physical cash or a universal asset like gold or silver.

But if the worst happens, those holdings could turn out to be the best insurance policy you’ve ever had.