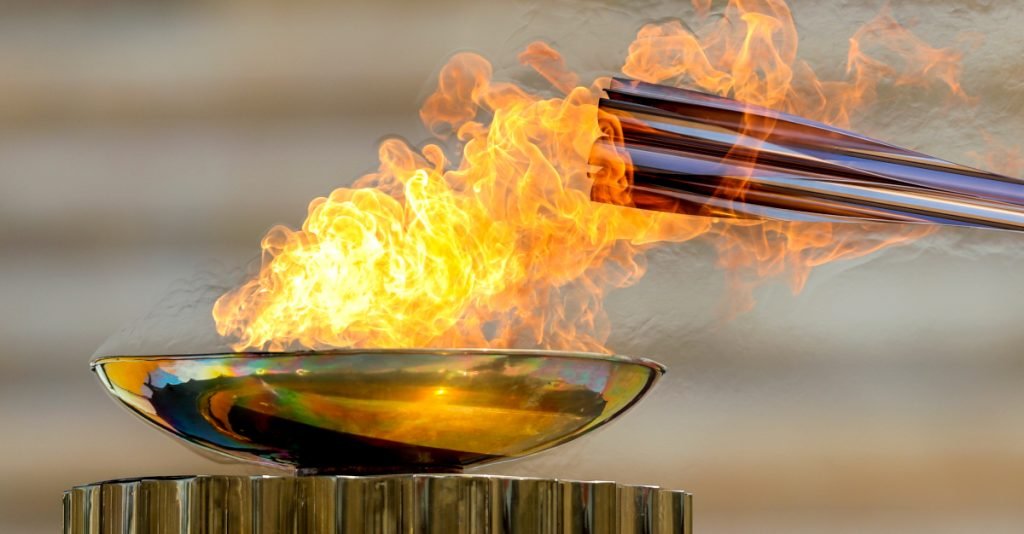 Late in the evening of October 17, 1534, a small group of protestant activists swept across the five biggest cities in France, posting anti-Catholic propaganda posters all over town in major public squares.

The activists even managed to brazenly nail one of their posters to the bedroom door of King Francis I, himself a Catholic.

(There were even rumors that the activists slipped their literature into one of the King’s pockets as he slept.)

Francis was furious. He had always been tolerant of protestants in his country and allowed people to worship freely… at a time when religious tolerance was quite rare in Europe.

But he felt the activists had gone too far. So he had them all tracked down and burned at the stake.

This was merely an opening salvo in what would eventually become a full blown civil war in France, known as the “Wars of Religion” between Catholics and Protestants.

In retrospect this may be one of the most pointless and idiotic civil wars in the history of western civilization.

Both sides were French– a kingdom that had existed for centuries and enjoyed a strong national identity since at least the mid 1400s.

Both sides spoke the same language, shared similar values. Even religiously, they both worshiped the same God. They both had faith in Jesus Christ. They both believed in heaven and hell.

Their differences were minor. They had different customs and rituals. And they disagreed on small details– like predestination, the infallibility of the pope, or the supreme authority of the bible over the authority of the church.

Yet despite standing on the same ground on virtually 95% of everything, their 5% disagreement led to one of the deadliest wars in European history.

More than 3 million died as a result of this pointless conflict. And it took decades for the violence to stop and the French economy to finally recover.

I’ve thought about this history quite frequently over the past several months as a historical metaphor for our own time.

That’s not because of the level of violence; our own modern social conflict is “mostly peaceful”, after all.

But what I find most irritating about the extreme level of tension today is that, like the Catholics and Protestants from French history, people tend to agree on most things.

For example, the vast majority of people in a civilized society today probably agree that racism is stupid and shouldn’t exist. It seems like THAT should be the most important point, and obvious common ground.

Yet one side tells the other side, ‘If you’re not 100% on board with everything in our doctrine, then you’re a White Supremacist.’ And then crazy conflict ensues.

And angrier mobs have rampaged through the streets, taken over government buildings, and even declared their own autonomous zones.

This is utterly ridiculous behavior when you consider how closely aligned most people are on the most important points of the issue.

Yet that small 5% difference has caused one side to completely spiral out of control and engage in de facto acts of terrorism– stoking fear through violence, threats, and intimidation, in an effort to unilaterally dictate national policy.

Compromise is out of the question. Discussion is off the table. The fact that most people agree on probably 95% of the issue is totally irrelevant.

Their only tactic is conflict. And every woke fanatic has enlisted as a foot soldier to wage a nonstop campaign of propaganda, fear, and public spectacle. And that includes celebrities, ‘journalists’, and athletes.

Just take a look at the Olympics. No seriously, take a look. Because if you’re like most people, you probably haven’t been watching.

TV ratings for the Olympics are at their lowest level in decades… because everyone knows it’s not about sports anymore.

If you can manage to stomach the extreme lunacy of Japan’s Covid protocol theater, you then have to put up with a never-ending display of political protests.

And if you haven’t vomited all over yourself by then, you’ll then have to suffer the indignity of the NBC broadcast team’s groveling and virtue signaling.

For example, we’ve seen one country’s female (can you still use that word?) gymnastics team change their competition uniform to skin-tight onesies with flesh-colored plunging necklines. To them, this new sultry uniform is a protest against the sexualization of female gymnasts.

The media, of course, is eating it up, and praising these gymnasts for their bravery and courage.

Seriously? Has the bar for courage been set so low that you get a gold star for putting on a sequined unitard?

Then there were judo competitors from two different countries (Sudan and Algeria) who refused to face an Israeli opponent, citing the Israeli government’s activities in Palestine.

(Ironically, this is also the same reason why Ben & Jerry’s wants to stop selling ice cream in Israel. No soup for you!)

But these examples don’t even scratch the surface of the athlete protests. Of course there’s going to be a lot of kneeling during national anthems. That’s so commonplace it’s almost passé now.

NFL teams routinely take a knee for the national anthem, if they bother taking the field at all. And even if you try to ignore it, the game announcers keep at-home viewers informed in real time, telling us which players are standing, and which are kneeling.

The NBA is even worse, where athletes flat-out refuse to play as a form of protest. In completely unrelated news, NBA ratings are also at their lowest levels in decades.

In fact the most recent NBA finals averaged fewer than 10 million viewers… which is about 30% fewer people as watched a typical episode of Star Trek: The Next Generation back in the 1990s. It’s also a fraction of what the NBA finals viewership used to be even a few years ago.

Major League Baseball refuses to be left out of this terminal decline in viewership.

You’ll may recall that the MLB’s recent all-star game was supposed to have been played in Atlanta earlier this month.

But the league decided to move the all-star game to Denver in order to protest a voting law passed by the state of Georgia, which had been called ‘Jim Crow 2.0’ by a bunch of people who didn’t bother to actually read the text of the legislation.

Had anyone bothered to read the law, they would have seen that it drastically expands voting and makes it much easier for people to cast their ballots.

But that doesn’t matter. Any voting law changes in 2021 are ‘Jim Crow’ and ‘UnAmerican’. So baseball jumped on board the ignorance train and staged its woke protest.

Unsurprisingly, viewership of the all-star game plummeted to a record low. And this is good news.

These dismal ratings are proof that ultra-woke loudmouths only constitute a tiny minority of the population.

The bad news, however, is that they’ve managed to take over prominent institutions, like education, media, technology, and big corporations.

And they refuse to see that the majority of people are good, decent, and level-headed who agree on the most important points of the issue, i.e. racism is stupid and shouldn’t exist.

But 95% agreement isn’t good enough for them. So they refuse to compromise.

And just like the wars of religion in French history, the inability to compromise could make this ridiculous social conflict last for years… if not decades to come.