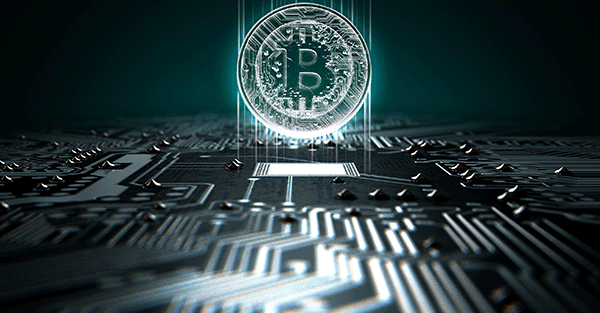 It was only a matter of time.

In the wake of multiple terror attacks, the European Commission is moving towards creating a mandatory, centralized database of Bitcoin ownership.

Of course, their official reason is that Bitcoin is being used to finance terrorism.

So for everyone’s safety and security they need even more authority to spy on people’s finances.

But the reality is that these governments have hated Bitcoin since the beginning.

They don’t like the idea of a decentralized currency that they can’t control.

In the conventional financial system, governments have the power to regulate the banks and seize any account they want.

They can use their gun-toting police agencies to confiscate citizen’s physical cash… and given the alarming rise of Civil Asset Forfeiture in the Land of the Free, it’s clear they’re not exactly shy about stealing people’s money.

But they can’t do any of that with Bitcoin.

Bitcoin is a decentralized, distributed system. It’s impossible for anyone, or any government, to control it.

So the more people use Bitcoin, the more governments lose control.

We’re already seeing this across the European continent.

Many banks in Europe have restrictions on how much money you can withdraw from your own savings account.

But Bitcoin is a way for people to escape these capital controls… which is why it’s such a nightmare for bankrupt governments.

You’d think that, rather than fight an obvious technological trend, they would encourage the banks and monetary policymakers to integrate Bitcoin’s concepts into the financial system in order to become more competitive and innovative.

But that’s not what happens.

Once they enter desperation mode, their only solution is more government, more regulation, more spying, and more control.

It’s literally the exact opposite of what they should be doing.

Now, in response to all of these terrorist attacks, the bureaucrats finally have an excuse to expand their control.

So rather than getting on board with the technology and joining the 21st century, they’re going to expend resources creating a complicated regulatory framework in an attempt to neutralize the Bitcoin threat.

Here’s the good news: they’re going to fail. The technology available to us is simply too powerful.

Think about it: no matter what governments do, there’s almost always a way to defeat them thanks to modern technology.

If they try to ban the sale of firearms, we now have the ability to 3D print them.

If they engage in illegal surveillance of our emails (which they are), we have FREE, open-source encryption technology available to thwart their efforts.

If they debase their currency into oblivion and impose capital controls (which they are), we can use Bitcoin and move money into the blockchain.

And if they try to eliminate those tools, they’ll fail miserably.

Remember that a government’s power is based exclusively on threats of violence, which exist solely in the physical world.

But Bitcoin exists in the digital world where their threats of violence are useless.

There is no centralized nexus of control for Bitcoin. No individual or organization controls it. Therefore governments have no one to threaten.

That’s why they’ll fail. Our modern technology favors the individual. It favors freedom. It favors those who understand major trends and adapt to change.