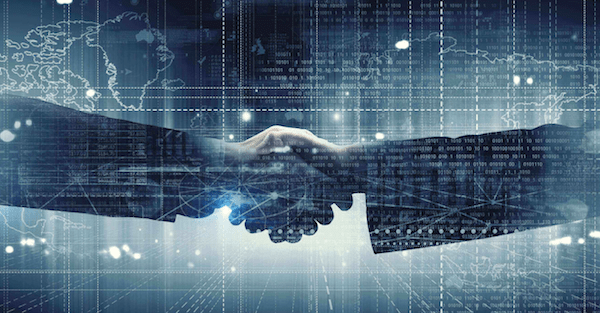 Today I just wanted to send you a quick note to highlight a great example of a company that’s using Distributed Ledger Technology (DLT) to solve a real-world problem.

I thought this would be important given that most of the noise in the crypto space these days is still almost invariably focused on the Bitcoin price.

A quick Google search for “Bitcoin” reveals headlines from CNBC to Fortune Magazine, all about whether or not Bitcoin can come out of its price slump:

“Wall Street’s Tom Lee cuts his year-end bitcoin price target by about 20%”, and

But these stories really miss the point.

We’ve been talking about this a lot lately in our conversations: it’s been nearly a decade since Bitcoin was created. Crypto and DLT are no longer in their infancies.

A few years ago? Sure, the price of Bitcoin was big news.

Few people knew much about it, so it was noteworthy that digital currency churned out by a piece of C++ code was selling for cold, hard cash.

But today the prices of Bitcoin and other major cryptocurrencies are about as relevant as the the prices of cotton and copper; in other words– not entirely inconsequential, but hardly worthy of front-page news on a regular basis.

Even still, though, the noise continues unabated. The media hasn’t woken up yet to what this trend is all about.

This trend, like most major technological trends, is about all the incredible possibilities to revolutionize entire industries.

The Internet went through a similar progression. Early on, around 30 years ago, it was an exciting curiosity that few people had even heard of.

Within a decade, it had caught fire. Everyone was jumping on to the ‘information superhighway’, and investors were throwing money at every idiotic 19-year old kid with an idea for a dot-com.

Eventually that euphoric buble burst. The market (and the public) became much more sophisticated, and all the worthless businesses went under.

The ones who survived and succeeded were those who were dedicated to applying the technology to solve real challenges.

And that’s the fundamental opportunity with crypto.

While there’s an overwhelming number of bloggers and speculators who are trying to get rich quick chasing the next ICO… and no shortage of snake-oil salesmen promoting their own ICOs, there are a handful of entrepreneurs who are applying DLT and crypto technologies to solve real challenges, with the support of the investors who are backing them.

So- one small example is a company called HelloTickets, which has applied blockchain technology to the event tickets industry.

This is an industry that’s rife with fraud and abuse; concert attendees either get gouged by a monopoly like TicketMaster (that charges absurd fees for zero value-add), or they risk buying fake tickets, or dealing with scalpers, etc.

HelloTickets provides a platform for events to publish tickets into the Blockchain… which guarantees every ticket’s authenticity.

Concert-goers would never have to worry about buying fake tickets. And the concert promoters wouldn’t have to rely on an expensive middleman.

A few days ago, HelloTickets achieved a major milestone by rolling out its blockchain ticketing solution to a festival in the UK attended by 9,000 people. It worked perfectly.

I think this is a great example because of its pure simplicity– it’s not rocket science.

HelloTickets is taking the core technology that underpins this giant crypto/DLT trend and applying it to an industry that notoriously screws the consumer. Simple. But brilliant.

There are countless other industries just like ticketing where a handful of elites have dominated and abused their customers for decades. And they’re ripe for disruption.

Industries worth literally trillions of dollars can be revolutionized with this technology, and this is where the real money is to be made.