Here’s how low one bank just took its interest rates— 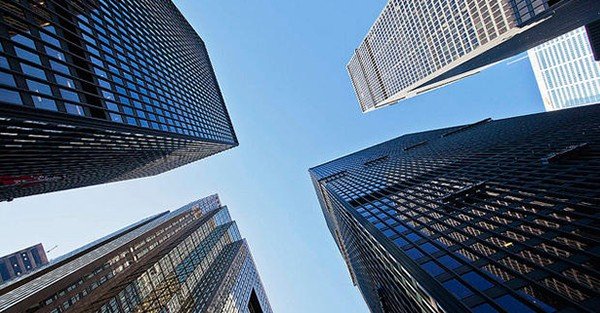 Julius Caesar was kind of a deadbeat.

The guy was in debt up to his eyeballs, and had borrowed so much money to finance his rise to power that he threatened to skip town forever if he lost an election.

Today interest rates are basically nothing; in some cases, rates are even less than nothing.

If you take your hard-earned savings and loan it to a bankrupt government in Europe, you can guarantee a negative rate of return.

There are even some banks in Europe that are starting to charge their depositors negative interest rates.

A friend forwarded me a hilarious note over the weekend informing him that his bank has a “new” interest rate they’re paying on deposits: 0.001%.

Let’s put 0.001% in context just to demonstrate how absurdly small that number is:

* 0.001% is roughly the same as your odds in poker of ending up with a straight flush, and 30 times less than your odds of getting struck by lightning at some point in your life.

* If at the time of his assassination in 44BC, Julius Caesar had put the equivalent of $100 in a savings account earning 0.001% compounding annually, he would have received a grand total of $2.08 in interest over the last 2,000+ years.

* If you deposit $1 earning 0.001% and then have yourself cryogenically frozen for over 9,000 years… a period longer than all of recorded human history… you will have received about 10 cents in interest by the time you wake up.

* At 0.001%, it would take your money 69,315 years to double in value. So if our forebears during the Paleolithic era had put a few abalone shells on deposit earning 0.001%, we’d barely collect twice as much today.

* The half-life of the isotope Plutonium-240 is 6,563 years. This means that
the nuclear fallout from Chernobyl and Fukishima will have undergone 11 half-lives and be almost untraceable in the environment, and you still wouldn’t have doubled your money yet.

There’s something clearly broken with this financial system.

Modern day economists who pretend to be ‘scientists’ tell us that conjuring money out of thin air will lead to prosperity.

So they’ve set interest rates at the lowest level we’ve ever seen in human history.

How has that strategy worked out after eight years?

Well, the Wall Street Journal reported this morning that China’s economic growth has slowed to a 25 year low.

Economic growth worldwide is grinding to a halt.

Chances of a US recession are higher than they’ve been in years.

Yet simultaneously, national debt levels around the world have skyrocketed. US debt has nearly doubled to almost $19 trillion.

Bankrupt nations are now able to borrow money at negative interest rates, with some banks passing negative rates on to their customers.

In Europe, interest rates are so low that the Swiss canton of Zug doesn’t want to collect local income tax for fear of having to pay negative interest rates to the bank.

The sheer volume of money in the system has led to the return of financial lunacy—like a San Francisco bank handing out $2 million home loans with no money down.

Or venture capital investors assigning a $67 BILLION valuation to a five-year old company that can’t manage to turn a profit.

Yet the middle class has been so vanquished in America that it no longer comprises the majority of the population.

Wages have stagnated. When adjusted for inflation, median household income in the US is lower than it was more than 15-years ago.

Bottom line, this system of historically low rates has led to more debt, slower growth, reduced prosperity, and a lower standard of living.

It doesn’t take a rocket scientist to see the bubble… the risks… the potential consequences.

No one has a crystal ball. We can’t circle a date on the calendar and say “this is the day that the bubble bursts.”

That said, you’re not going to be worse off for having a Plan B and taking sensible steps to protect yourself, your family, and your livelihood from such obvious risks.