Here’s how the government is stealing more than ever before– 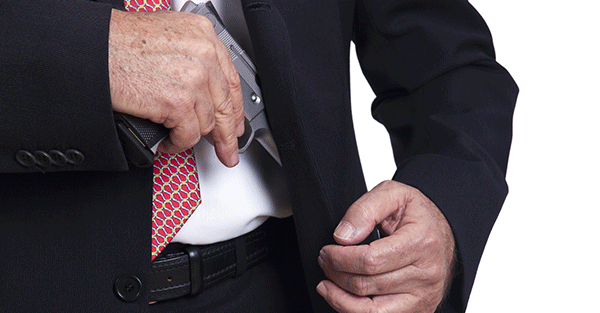 Top Gun was the #1 movie in America.

Halley’s Comet was visible with the naked eye.

Microsoft went public, instantly making Bill Gates one of the wealthiest people in the world.

And the US government took in $93.7 million through a little known authority called “Civil Asset Forfeiture”.

As you’re likely aware, Civil Asset Forfeiture is a legal process that allows the government to seize assets from private citizens without any due process or judicial oversight.

People can be deprived of their private property without ever having been even charged with a crime, let alone never having actually committed one.

The horror stories of its abuse are endless.

People who have never done anything wrong have had their life’s savings, homes, and business assets confiscated without so much as a warrant.

This constitutes theft, plain and simple.

Again, the statistics from 1986 show $93.7 million worth of cash and property was seized by the government.

And we learned in 2015 that the government stole so much private property from its citizens that the total amount exceeded the value of all property stolen by every thief and felon in America combined.

It reminds me of that sign Ron Paul used to keep on his desk during his tenure in Congress: “Don’t steal. The government hates competition.”

The public also learned about all the extraordinary incentives for state, local, and federal police agencies to steal from private citizens.

The entire idea behind Civil Asset Forfeiture is that they can confiscate your property, then put the burden on YOU to prove that you didn’t do anything wrong in order to get your property back.

So much for innocent until proven guilty.

It’s such an astonishing scam: how is someone supposed to be able to afford to prove his/her innocence after their financial resources have been confiscated?

Moreover, it turns out that these agencies are all sharing the wealth among themselves.

The US Department of Justice routinely doles out hundreds of millions of dollars of these stolen funds to local police in a corrupt sort of ‘profit sharing’ arrangement.

DOJ statistics show that between 2000 and 2013, federal “equitable sharing payments” to state and local law enforcement more than tripled, totaling an incredible $4.7 billion.

There are some sickening stories of police departments using this money to buy things like margarita machines, trips to Hawaii, concert tickets, and more.

Again, this is money that was stolen from private citizens without a warrant or any due process whatsoever.

24-year old Charles Clarke, for example, had $11,000 in physical cash on him when he was traveling through Cincinnati airport.

Clarke didn’t have a bank account; he had been saving money for his entire life, including his disabled mother’s VA pension from her time in the military.

He ordinarily kept the cash at home but was traveling with it because he and his mother were moving apartments.

Local officials at the airport saw the money, and, despite it being perfectly legal to carry physical cash, they thought it was suspicious and confiscated it.

His entire life’s savings was stolen by the government in an instant. And he hadn’t done anything wrong or charged with a crime.

But it turns out that was all just Phase 1 when Civil Asset Forfeiture was a type of ‘passive’ theft.

Law enforcement agencies would seize funds and assets as a target of opportunity, like Clarke’s money at the airport, or a cop who spots a few thousand dollars in cash at a routine traffic stop.

These are the normal stories.

But now we find out that federal agencies, led by the DEA, are now actively stalking Americans to figure out what they can seize.

Like sophisticated thieves who case a jewelry store before robbing it, the DEA has been trolling Americans’ travel records looking for ‘suspicious’ activity.

Anytime you book a flight, airlines create a code called a PNR, or Passenger Name Record, with all of your travel details and personal information.

And what a surprise– the federal government has gotten its hands on this data.

So now it seems the DEA is combing through PNRs looking for suspicious activity like last minute, one-way tickets.

This is amazing: you’d think that, with the obvious public backlash against Civil Asset Forfeiture over the past two years that the government would tone down the practice.

On the contrary, they’re taking it to the next level.

So now instead of passively waiting to steal from citizens as the opportunities arise, they’re actively casing our travel itineraries looking for potential targets.

This is truly banana republic stuff.

This trend serves as an obvious reminder: when you live in a place with such a corrupt system of justice, does it really make sense to keep 100% of your wealth and life’s savings within their easy reach?

The fact is that any court, police department, or government agency can seize your assets in an instant: your cash, car, bank account, business, and even your home.

And with the data this obvious, it’s simply not worth the risk.

There are so many legal steps you can take to insulate yourself from this growing, ominous trend.

You can move some funds offshore to a safe, stable foreign bank. Or even hold some gold and silver abroad in a non-reportable safety deposit box.

But doing nothing in light of this trend is practically an invitation to get robbed.