Here’s something that makes absolutely no sense

If you feel like you’ve been watching a meteor streaking across the sky over the past several weeks, it turns out it was just Tesla stock soaring to astronomical heights.

As of Tuesday afternoon, Tesla’s stock price was up 4x in the last four months, more than double since the beginning of January, and nearly 50% since February 1st.

It was an absolutely epic surge that nearly outpaced the 2017 Bitcoin bubble.

But even still– the company is now worth a whopping $136 billion at the time of this writing.

Much of the stock’s rise was related to Tesla’s earnings, which were announced at the end of January; the company reported a net loss for the year, and a total of 367,500 vehicles sold in 2019.

I find this pretty incredible; Tesla told investors at the beginning of 2019 that they would sell between 360,000 and 400,000 vehicles for the year. They achieved the low end of that estimate.

And that’s great. Congratulations. But the stock price is now multiples higher simply because they did what they said they would do. That’s a pretty low bar.

Now, don’t get me wrong– I like Tesla just fine. This isn’t a dig against company. But I find it extraordinary how much investors are willing to overpay for shares.

According to the company’s most recently financial statements, Tesla lost $745 million in 2019.

This is essentially Tesla’s ‘net worth’, i.e. the value of all of its assets, including factories, cash, inventory, brand value, etc. minus liabilities like loans and other obligations.

Remember, investors are essentially buying shares of Tesla at a value of $136 billion. This means that people are willing to pay more than TWENTY TIMES what Tesla’s assets are worth even though the company is losing money.

Now let’s look at a mature company to see a comparison.

Volkswagen Group is the largest automobile conglomerate in the world; it owns brands like Porsche, Bugatti, Audi, Bentley, Skoda, Lamborghini, Seat, and of course, Volkswagen.

In total, Volkswagen Group sells more than 11 million vehicles per year. This makes it THIRTY TIMES bigger than Tesla in terms of vehicle sales.

Volkswagen Group earned more than $13 billion in 2018, and will likely exceed that figure when it reports its 4th quarter numbers for 2019. This ranks Volkswagen among the 50 most profitable companies in the WORLD.

And Volkswagen’s equity is $131 billion according to its most recent financial statements.

So– Tesla loses money and has equity valued at $6.6 billion. Volkswagen sells 40x as many cars, is one of the most profitable companies in the world, and has $131 billion in equity. (Volkswagen also pays a small dividend to shareholders.)

Which of these companies is worth more?

You guessed it. Tesla.

This is where people usually talk about Tesla’s ‘technology’, its leadership with electric vehicles, autonomous driving, etc.

That might have been true several years ago. But every automobile manufacturer in the world has had the opportunity to catch up. And Tesla is no longer the clear leader.

And just yesterday, one of Nissan’s autonomous vehicles broke a record in the UK for driving 230 miles (on an extremely complicated route) without any driver involvement.

Plus there are plenty of other companies developing driverless technology, including some giants like Google. So, again, Tesla is no longer the clear leader in this field.

Many of these models are very highly rated and extremely competitive with Tesla’s products.

In addition to not having any clear technological advantage, Tesla also has no special financial or manufacturing advantage.

Automobile manufacturing is a fairly low margin business, and Tesla is no exception. The company’s gross profit margin (according to its own financial statements) is 20.1%.

This means that it costs Tesla about 80% of the sales price to manufacture the vehicle. So 80 cents out of every dollar in vehicle sales goes to manufacturing expenses. The other 20 cents has to pay for all the other expenses of the business– legal, accounting, rent, etc.

So from this perspective, Tesla is just like every other automobile manufacturer. It just happens to be unprofitable and a lot smaller… yet it’s somehow worth more than most of its competitors combined. 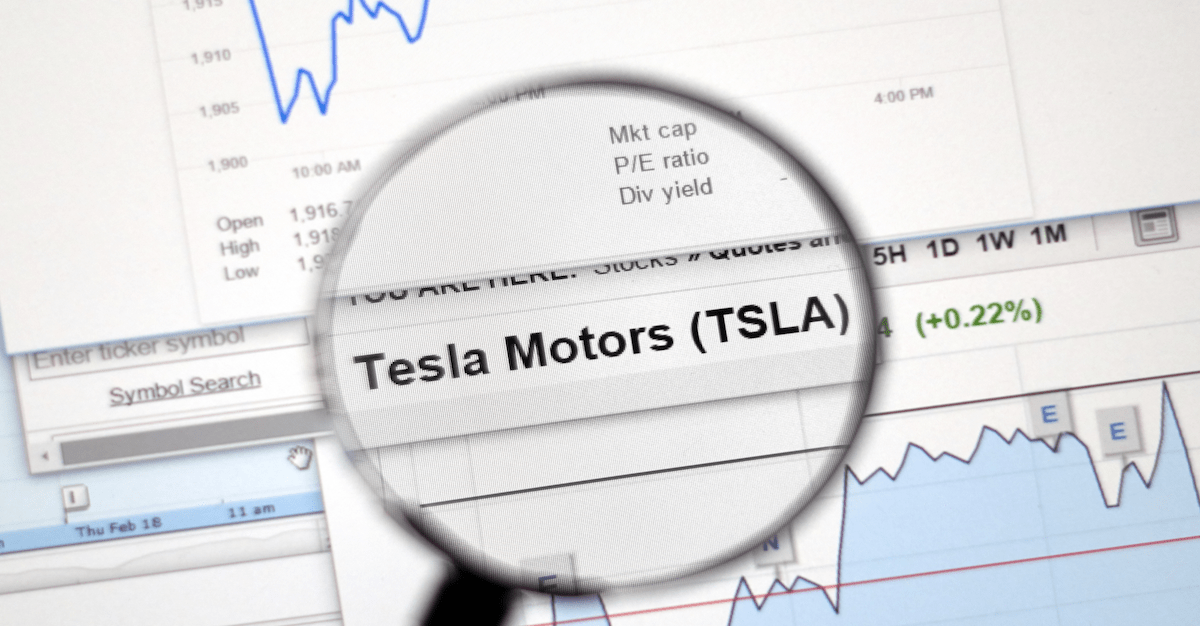